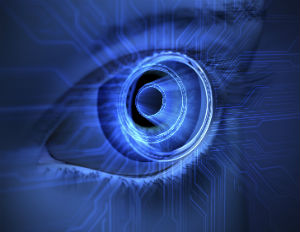 TechStory reports that Samsung is working on smart contact lenses that record, store, and play video.

The lens houses an organic electroluminescence display screen. This is what the lens is intended to be for—to record videos.

According to Google CEO, Sundar Pichai, mobile devices and computers will become obsolete. “The next big step will be for the very concept of the ‘device’ to fade away,â€ said Pichai. “Over time, the computer itself–whatever its form factor–will be an intelligent assistant helping you through your day. We will move from mobile first to an AI first world.â€

Other details about the lenses from the article:

TechStory has previously reported that Samsung also filed a patent for its invention of smart contact lenses that have a built-in camera. However, the Sony lenses have even more capabilities.

Since 2014, Google has been working on a smart contact lens that’s built to measure glucose levels in tears using a tiny wireless chip and miniaturized glucose sensors that are embedded between two layers of soft contact lens material.

Internet-connected health monitoring technology is an industry expected to grow exponentially in the next few years. One study predicts that the adoption of health monitoring devices will exceed 70 million worldwide, up from an estimated 26 million this year.

Driving this surge is increased adoption of digital platforms such as Apple Health and Google Fit, as well as innovations in Big Data–the collecting of massive amounts of digital information and gaining greater insight into health information, as well as enabling more efficient health-related decision making through data analytics.

What You Can Learn From What Happened To Tamar Braxton