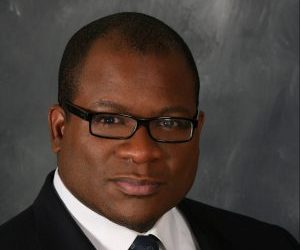 Shortly after purchasing the Atlanta Tribune: The Magazine, Hiram Jackson, CEO of Real Times Media, is ready to make acquisitions in the digital media industry.

Currently, Real Times offers media, advertising, and entertainment in several local markets. But the Detroit-based multimedia firm is looking to buy a company or team with a strategic partner to provide content and sell its services to advertisers and sponsors across the USA. “We want to buy a national digital brand or create one,â€ Jackson says.

Real Times’ holdings include RTM Digital Media Group, which oversees its websites, digital daily newsletters, digital marketing, and social media platforms. Its African American-owned newspapers include the Atlanta Daily World, Chicago Defender, the Michigan Chronicle and the New Pittsburgh Courier. It offers Who Who’s Publishing in 20 U.S. cities. The company has a unit that produces special events on forums such as business politics and black achievement. While Jackson declined to provide figures, he swears the Tribune buyout will help Real Times double theÂ annual revenue it generates from Atlanta. Its holdings there include the weekly newspaper Atlanta Daily World and Who’s Who In Black Atlanta.

In the Tribune, Real Times picks up a business lifestyle news magazine that prints 20,000 issues a month and has a readership of about 80,000 people, Jackson says. Pat Lottier, the Tribune’s founder and publisher, will oversee the three brands.

The acquisition, completed in February, gives Real Times the infrastructure with the Tribune staff to build business relationships to boost revenue and increase engagement with the business community. “We were not as strong as we needed to be in Atlanta,” Jackson says. “This deal give us another platform to offer more content and programs to sponsors and advertisers we were not connecting with before.”

“We were not as strong as we needed to be in Atlanta,” Jackson says. “This deal give us another platform to offer more content and programs to sponsors and advertisers we were not connecting with before.”

He says new investment plans in Atlanta include building a production studio that will allow Real Times to create more online video content covering news, entertainment, politics and other issues for its viewers.

The Tribune deal comes as newsprint outlets have struggled in recent years given declines in advertising and more people turning to mobile or internet sites to get news.

But Jackson is not deterred. He says Real Times will continue to print the Tribune because it has a great following and is profitable. “We feel like we purchased a strong brand with a 30-year relationship with the Atlanta community,” Jackson says. “We don’t look at it as just a print product.”