Ready for Day One - Black Enterprise 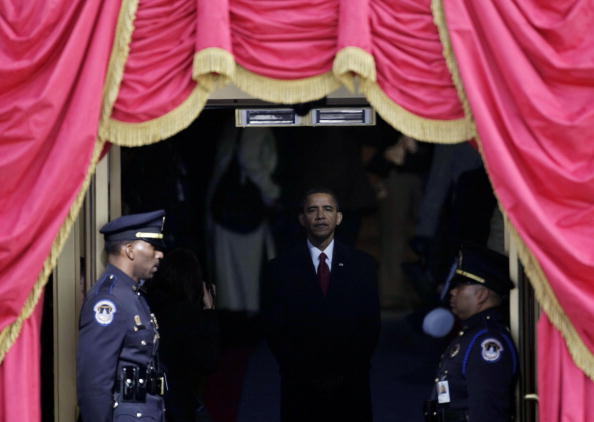 Immediately following President Barack Obama’s formal swearing in, some of his aides made their way to the White House to begin laying the groundwork for Day One. Although Obama must spend the rest of the day being feted, he has already scheduled Wednesday meetings with both his economic and national security teams. There is no time to waste and as we saw with his transition, Obama will hit the ground running.

“Now the trouble starts. Obviously the big thing he’s dealing with is an economic plan, and there’s every indication that he clearly understands the importance of taking advantage of this window of opportunity right now when the American people are hungry for leadership and Congress is on its heels. I think we’ll see a full court press,â€ says Colby College American government professor Calvin Mackenzie.

Having Democratic majorities in both the Senate and the House, will help pave the way for an economic stimulus and recovery plan that Obama wants to see on his desk by mid-February. But that doesn’t mean passing the legislation will be easy, and Vanderbilt University political scientist David Lewis predicts there will be a few bumps on the road to its passage. “These are people with longstanding legislative careers who have their own opinions about what’s necessary for economic recovery,â€ says Lewis.

“They see there’s money coming and it can be used for a variety of purposes, whether it’s tax cuts or infrastructure projects and they all have projects they think are worth federal dollars.â€ Lewis anticipates that there will be some lawmakers who will fight hard for their piece of the pie, which will impact Congress’s ability go push legislation through the two chambers quickly. “The tendency is to take longer than the president wants, but Obama will be pushing because the longer it takes, the longer it will take for economic recovery to occur,â€ Lewis adds.

Winning Republican support will also be critical to any legislation that gets passed. American voters would view Obama and his fellow Democrats critically if they appear to be forcing through legislation.Â  As MacKenzie notes, be a collective enterprise so lawmakers on both sides of the aisle can claim both ownership and blame. “The more stakeholders you can get, the better,â€ he says.

Georgetown political scientist Stephen Wayne agrees. “He’s trying to build a bipartisan base and hopes that will hold at least through the first year. If his policies have a positive effect on the economy and relations abroad, it will enhance his image,â€ says Wayne.

Encouraged by Obama to share their concerns and ideas, Republicans on Capitol Hill have formed a working group to do just that. My advice to my fellow Republicans is where we agree with him in principle we have to do everything we can to make the policies succeed. We cannot make a political decision and have to vote for what’s

President, Wife Kick off Night of Balls With ‘Neighbors’