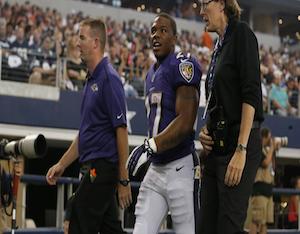 Ray Rice, former running back for the Baltimore Ravens won a wrongful termination suit in January after the NFL attempted to suspend Rice over the graphic and highly-publicized video of Rice striking his fiancÃ© on an elevator. On March 3, the Baltimore Sun reported that the terms of that settlement between Rice and his former employer is $1.588 million.

How To Recruit And Retain Top Talent