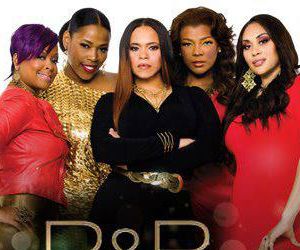 TV One has announced that there will be 2 new additions to their most watched reality TV series, R&B Divas. Angie Stone and Latocha Scott will join the cast in the upcoming season.

They will join Faith Evans, Nicci Gilbert-Daniels, Monifah Carter, Syleena Johnson and Keke Wyatt on the second season. The series focuses on the current happenings of the aforementioned singers who were brought together to work on a project by Faith Evans.

Angie Stone was an original member of Sugarhill Records’s first all female Hip-Hop group, The Sequence, and their record, “Funk You Up,” was the second single released from the label after The Sugarhill Gang’s “Rapper’s Delight.” She then went on to become an R&B artist many years later. Latocha Scott was a member of So So Def’s Xscape.