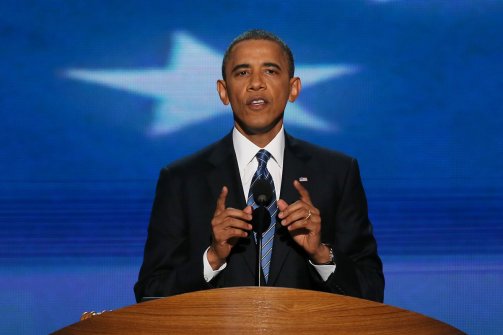 Though the president used the podium to address the country’s economic reality and convince voters why he deserves a second term, some Twitter users focused less on his speech and more on his race.

“F— OBAMA! And every last coon dat vote for him cuz he Black,” read one tweet. Another read, “Aww look at Obama’s nappy headed kids.” Other tweets characterized the president as a “monkey.”

All harm aside, Obama’s speech set a new political record on Twitter with 52,757 tweets per minute.