5 Things Weâ€™ll Miss the Most About Windows Live Messenger 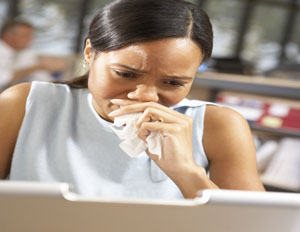 Microsoft announced on Tuesday that it is shutting down its Windows Live Messenger service and shifting users to Skype, which the company now owns, next year. Messenger will fold everywhere in the world, except for in China. The move is a result of the Redmond-based company’s $8.5 billion acquisition of the voice-over-Internet Protocol (VoIP) service and instant messaging provider.

Introduced in 1999, the 13-year-old Windows Live Messenger is an instant messaging application that allows instantaneous two way communication through PCs and mobile devices. Despite having 300 million users at its peak, Microsoft’s product lacks the luster of rival services, and, even after a 2011 refresh, the platform could not keep up with competing software from AOL, Yahoo, Google, and Facebook.

Even with its difficulties, Windows Live Messenger continues to be a choice for millions of consumers, and the platform’s hard-core fans are shocked and disappointed at the news.

Simple to use interface

The beautiful thing about Windows Live Messenger is that it is a simple, stable platform that does one thing and does it well. Skype puts chat on the back burner in favor of a more profitable video and voice service, leaving original users at the bottom of the totem pole.

Separation of personal and business contacts

If you’re like me, your Windows Live Messenger connections are most likely casual acquaintances, while your Skype contacts tend to contain family members and business associates. If you install the latest version of Skype on Windows, your existing Messenger software will be uninstalled and your separate contacts will be merged into one, automatically eliminating the separation of business and pleasure.

Ability to use Windows Live Messenger on Xbox

With enhancements such as Netflix, Hulu, and now Smartglass, Microsoft is positioning Xbox to expand beyond the video game market to become a home entertainment hub. However, Messenger functionality was quietly de-emphasized in the latest update, depriving gamers and families the ability to chat through their television sets. Microsoft has also been mum about Skype on the gaming platform, possibly leaving many Xbox users high and dry.

A product for a rival operating system might not be a great look for Microsoft in theory, but Windows Live Messenger was one of the more robust chat clients for Apple’s iPhone. Unfortunately, because of the merger with the new platform, Live users will be forced to adapt to the rather buggy and inconsistent Skype app (which currently has a 2-star rating in the App Store), sending the previous iOS app out to pasture.

The option to use it

Sure, we know that Skype has pretty much revolutionized the way that people communicate, breaking down international barriers, and disrupting traditional phone company models, but, let’s face it, it’s not for everyone. Unless you have friends or family overseas, Skype is pretty much useless for a majority of Windows Live users. Also, because of its heavy bandwidth usage the service is banned in many workplaces. Unfortunately, Microsoft is leaving its users with no choice in the matter.

My Bad: How to Recover After Big Office Mistake