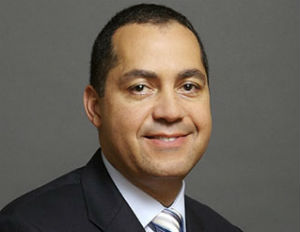 One of the wealthiest African Americans in the country, with an estimated net worth of more than $700 million, entrepreneur and author R. Donahue Peebles has built a legacy as a real estate guru with an estimated $5 billion, 6 million square foot portfolio. Set to appear at Black Enterprise’s Entrepreneurs Summit, May 13—15 at the Hyatt Regency Atlanta, Peebles will bring his experience, political outlook, and supportive black community development stance to inspire business owners. “Black Americans are entrepreneurial by nature because we didn’t get the jobs and couldn’t have the opportunities and couldn’t work in the corporations,” he says.

Sharing knowledge on making it as an entrepreneur is one way Peebles gives back. As the author of two books, 2007’s The Peebles Principles: Tales and Tactics from an Entrepreneur’s Life of Winning Deals, Succeeding in Business and Creating a Fortune from Scratch, and 2008’s The Peebles Path to Real Estate Wealth: How to Make Money in Any Market, his inspirational advice speaks to all. “Entrepreneurs are developed, evolved, and created. I was one of those who was evolved and created,â€ says the entrepreneur, who attended Rutgers University for one year. “It’s not that you’re born with it. The fact is we can create ourselves into entrepreneurs.â€

Peebles uses his own story as testament. Originally attending Rutgers to become a doctor, he left after one year when his dreams changed to politics and real estate. After heading to Washington, D.C., he made more than $300,000 in his 20s and went on to host top fundraisers for politicians before launching his career as a developer.

“I think my grandfather was expecting me to go to college. I think it was very important to him. I think my father wanted me to go to college to get a degree. I’d have been the first Peebles to get a college education. My mother was supportive and didn’t think I needed it to be successful. I think my aunts and uncles and their husbands were disappointed. I don’t think anybody thought I would achieve the degree of success I’ve been fortunate enough to achieve,â€ he admits. “What’s fun for me is last year I gave the commencement address at Rutgers Business College, the same campus where I went to school. I think at the end of the day our young people have been brainwashed to think the only pathway to success is a college education. That’s not true. It can help you just as much as learning your business can help you. You can self-teach. A college degree isn’t mandatory.â€

Financial Literacy Month: Dealing with the Pressure to ‘Keep Up’