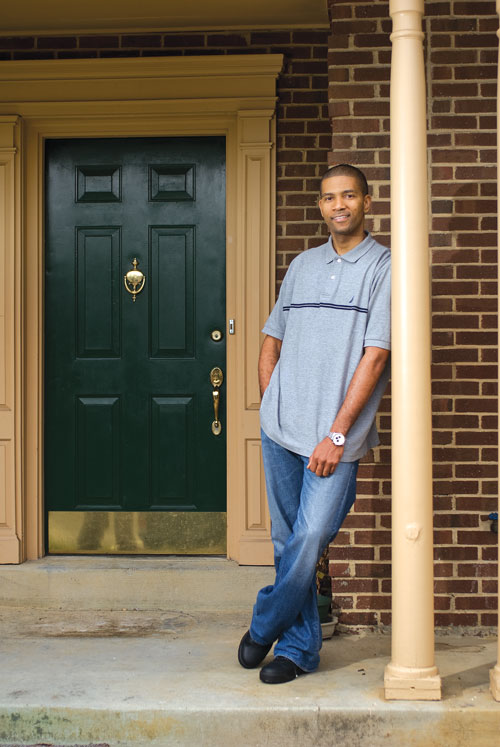 Richard Cherry is more interested in being wealthy than looking wealthy. Living well below his means has enabled him to purchase homes throughout Prince George’s County and other areas in Maryland, where Cherry, 33, has amassed nearly $2 million in property.

Cherry didn’t waste any time building his real estate empire. The North Carolina A&T State University graduate moved to the area in 2001 after securing a job at the U.S. Department of Agriculture in Washington, D.C., where he works as a marketing specialist. “I lived in an apartment for about a year and then purchased a house. One of my friends had just purchased a condo and I thought, ‘Why not do the same?’â€ says Cherry. In 2002, he paid $132,000 for a two-level town house in Upper Marlboro, Maryland, and offset the costs of owning the home by having roommates share the expenses of the $1,032 monthly mortgage payment, plus another $300 a month in food and utilities.

Although home values in Upper Marlboro have declined 17% over the past year according to real estate analysis Website Zillow.com, Cherry’s properties have increased in value since he bought them. Today, Cherry’s first property is worth $275,000——a gain of $143,000.

Cherry purchased his second home in 2004 for $178,000, and again split the monthly bills with friends who shared the home. By the time he purchased his third town house that same year for $165,000 and his fourth town house the following year for $210,000, he saw them strictly as investment properties.

Cherry now owns five town houses and one single-family house. Four of the homes fall under the Maryland Department of Housing and Community Development Section 8 program, which provides monthly payments to offset the difference between what low-income tenants can pay and the fair market rent of the unit.

Cherry now shares an apartment with a roommate so that he can save money and prepare for his September 2009 wedding. His fiancÃ©e, Arvenita Washington, is a 33-year-old anthropologist and entrepreneur. The couple recently had a town house built for $410,000 in Upper Marlboro.

Although Cherry has accumulated assets, he is still at financial risk. He receives approximately $11,000 each month in total rental income and must pay an estimated $9,800 for all of his mortgages every month.
In short, he is “asset richâ€ but cash poor, a vulnerable position in this economy.

Protecting Your Brand in Social Networking

Dying for the Promise of Perfection