Despite Zika, Puerto Rico has Increased in Meetings 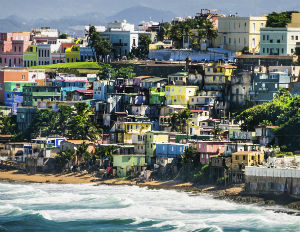 During the upcoming summer months of June, July, and August, the organization will host 42 groups for a total of approximately 40,000 room nights, providing a $32 million impact during this time period. These groups range from conferences and events, to religious and sports organizations to communications, and insurance companies. In addition, Meet Puerto Rico is actively generating 260 new leads up from 242 for the same time last year, a seven percent increase, as well as 100 new accounts for the destination.

“The groups and conventions segment in Puerto Rico is a major driver in the tourism industry, and we are proud to say that Zika has not won. Groups booked range from multinational companies, to medical and educational conferences, and sporting events, among others. An estimated 25,000 new hotel room nights in total have been booked,â€ Segarra said.

“This shows the confidence the meetings industry has in Puerto Rico and how our (MPR and our members) very focused educational efforts have paid off,â€ Segarra continued. “The trust our clients have in Puerto Rico’s ability to deliver a professionally productive and culturally rich experience, while maintaining a safe environment (following all recommended guidelines), is all coming together.”

Segarra described the success as due to the strong support and partnership existing between Meet Puerto Rico and its members—the hotel industry, restaurants, transportation companies, local DMCs, venues, attractions, audio/visual and entertainment companies, as well as the support of the Puerto Rico Tourism Company (PRTC) and the Puerto Rico Hotel and Tourism Association (PRHTA).

Puerto Rico continues to position itself as an ideal destination for meetings and conventions, offering a state-of-the-art convention center, a wide variety of hotels, strong infrastructure, and unique attractions with the added advantage of being on a tropical island in the Caribbean. One in four rooms occupied in hotels able to accommodate large-scale meetings belongs to the groups and conventions segment.