Protecting Your Business Idea May Not Be Your Best Bet 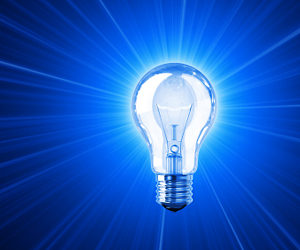 While business owners and aspiring entrepreneurs often live in fear of their idea being stolen, this mindset is not in their advantage. There are very few new ideas; most are just a different take on an existing idea or an improvement. What makes the idea different is you; the approach, the technology and resources you bring to the idea. MySpace existed before Facebook, but the creators of Facebook had a different approach to the whole idea of social media.

Often being the second or third mover can be beneficial. There are so many businesses out now and so much information readily available that an idea by itself is nearly worthless. Often coming in after another company has already launched allows entrepreneurs to figure out how to work smarter, faster or better. Search engines such as Askjeeves, Excite, and Altavista existed before Google, but Google watched these companies, discovered what they were doing wrong in the search engine market, and provided the solutions needed to be the dominant search engine.

Small business owners need feedback, early and often. Feedback from friends, potential customers & the public are all critical components that will help shape the direction the business decides to go in. By keeping business ideas secret, there is potential for important feedback to come too late when it may be too costly or difficult to make changes. Often, a new set of eyes can see flaws in our ideas that we may have overlooked.

While the idea of not protecting our ideas may not apply to all fields (especially biotech or pharmaceutical research & development), sharing ideas is an excellent lesson that more small businesses would do well to explore. Proper collaboration of thoughts can often make business run more smoothly. Instead of focusing on the idea, entrepreneurs would do well to concentrate on the execution of the idea and how it brings value to a group.

Do We Really Have to Give Up Culture for Ultimate Career Success?