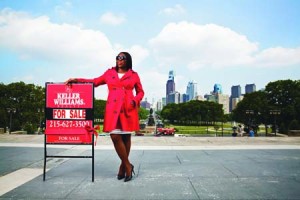 “The rent is too damn high,â€ is not just the campaign slogan of former
New York gubernatorial candidate Jimmy McMillan, it’s a reality for many big-city residents. Jumoke Dada learned this in late 2002 when she told a friend about her $900 monthly rent for a one-bedroom apartment in South Philadelphia.
“He said, ‘Girl, you could own a home for that much,’â€ recalls Dada, now 33, who worked as an application developer for Towers Perrin (now Towers Watson), a professional services firm.

Armed with the 5% to 10% required down payment and excellent credit, Dada contacted aÂ  real estate agent and set out to find a condo. But her plans changed when she learned from her agent that a building with two two-bedroom apartments was about to hit the market. The owner had planned to list the property at $200,000 but accepted Dada’s offer of $150,000. It was appraised at $250,000. Dada doesn’t know why the seller accepted such a low offer but believes he may have been unaware of the property’s value or just had a bottom-line dollar amount for which he would sell it.

“When I went to look at it, I was like, ‘Oh, OK, I can have two apartments–somebody will live upstairs and pay the entire mortgage,’â€ Dada says. She closed in the summer of 2003 and, at 25, found herself the proud owner of a duplex. “My parents couldn’t believe it. My mom thought buying real estate was something only married couples did, but I did it as a single woman.â€

Living Solo in the Big City