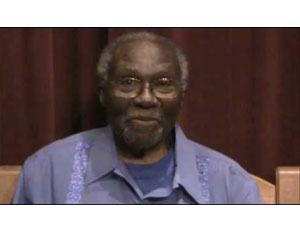 So my mother spent her formative years in Barbados, the land of her parents and grandparents on both sides, coming to America—really Brooklyn, New York—on a ship when she was 12.

As a result, I have an orientation toward most things Barbadian or “Bajan,” as everyone says colloquially, and this morning I was delighted and proud to read about the long, thoughtful, and impressive life of Keith Baird, a linguist and graduate of Columbia University who resisted the once widespread use of the word Negro to describe black Americans. He advocated “Afro-American” instead.

The New York Times writes of Baird, who died July 13 at the age of 94, “He spoke gently, with British inflections, and was fluent in Spanish, French, Portuguese, German, Swahili, and Gullah, a creole language spoken on the Sea Islands off the Southeastern coast of the United States. He was conversant or literate in several other languages.”

Here’s more about the remarkable and accomplished life of Keith Baird.

Keith Baird, a linguist from Barbados who rose to prominence in the 1960s arguing persuasively against the use of the word Negro and in favor of the term Afro-American, died on July 13 in Atlanta. He was 94.

His daughter Marcia Baird Burris said the cause was myelodysplastic syndromes, a group of bone-marrow disorders.

Mr. Baird was a teacher and administrator in New York City’s public school system when he began writing and speaking about the fraught connotations of the term Negro as the dominant way to describe people of African descent.

He told a conference of teachers in Washington in 1966 that Negro “is used solely to describe the slaved and the enslavable,” and that the time had come to shift to Afro-American as a connotation of ethnic identity, like, for example, Irish-American.

The next year, as racial tensions ignited in American cities, he said in an Ebony magazine article, “The continuing depressed economic and social status of the African people in America, enforced and maintained by the dominant European-originated Americans, is symbolized and instrumentally promoted by the continuing use of the déclassé designation ‘Negro.'”

Mr. Baird was not the first to suggest the use of Afro-American — it caught on for a while — but he approached the debate as a linguist and historian, not as a politician or a civil rights leader.

“We say that we speak as we think,” he told Ebony. “In fact, we tend to think as we speak.”

In 1970, he called for the “semantic liberation” of African-Americans, writing in the journal Social Casework that they — not the “conquerors” who had brought their ancestors to the Americas in chains — needed to dictate the terms used to describe themselves and their community.

By then, Mr. Baird had left teaching languages at Bushwick High School in Brooklyn for positions that brought him into a growing African-American studies movement. He began as director of Afro-American history for a Queens school district in 1967 and moved two years later to Brooklyn as the associate director of the community education center at the Ocean Hill-Brownsville district. 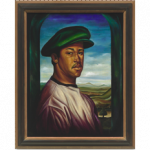 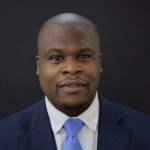