Programming Languages That Earn The Most Cash 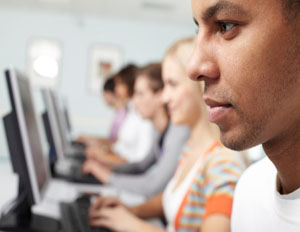 Knowing French or Spanish could net you a higher salary. But knowing Python could get you a lot more cash.

That’s the takeaway from the study done by the Brookings Institution, according to Quartz. The subset of data comes from a larger report on job vacancies and skills in STEM industries. There are hundreds of different programming languages, each with strengths and weaknesses.

And while it’s always good to understand and know multiple languages, not all of them can be turned into marketable skills, let alone a high-paying job.

Out of the twelve languages, Ruby on Rails took the number one spot, with an average salary of $109,460. The web-focused language is relatively new, with its first release occurring in 2005. Compare that to the second-highest salaried language, Objective-C ($108,225), which debuted in the mid 1980s.

Being a programmer is definitely a worthwhile career path. But often, your salary is dependent on demand, as well as what programming languages you understand. Objective C is in high demand thanks to Apple’s iOS software, which uses the language in its apps.

New languages like Apple’s Swift (released this year) aren’t included on the list, but will certainly be in the running when they pick up steam.

You can check out the full report from the Brookings Institution here, and see the chart below for the top paying programming languages.