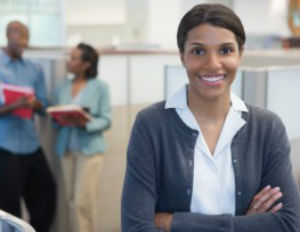 As I worked my way up to being the owner of a growing staffing agency, I learned that the biggest challenge to getting what you deserve can be your own mindset. We often don’t realize the excuses we make prevent us from achieving great success. ExcusesÂ comeÂ in all forms, shapes and sizes, and rob us from productivity.

In business, it seems that we are taught to settle for less than we deserve. But it doesn’t start there: we often believe we’re capable of much less than we actually are. The sources of these misconceptions vary, which can make it even more difficult to solve inaccurate mindsets and go out and get what we really deserve.

Hard Work Can Pay Off

If you grew up in an environment where you were told you wouldn’t amount to anything, you are not alone. Economic pressure can deeply affect parents too, and whether intentional or not, self-inflicted limitations tend to be a result. If your whole early skill set is based around making ends meet, you might be less likely to dream big, both for yourself and your business.

Industries can be unkind as well: The perils of unemployment and “dead-end jobsâ€ may keep us operating within the status quo. After all, it’s better to have your bases covered than to take a risk doing something that might prove to be more rewarding, right?

I was fortunate to grow up in a family that believes hard work and the right mindset will take you most of the way. But when I tried out for the local Boys & Girls Club basketball team when I was nine, I was cut. I was crushed. I thought for sure I would make it.

But my dad told me not to worry. This was a learning curve: I realized I needed to work harder, smarter and to challenge myself. Fast forward a few years, and I was getting recruited by the varsity high school coach when I was still in junior high. Now, some people would’ve been crushed and given up after that initial rejection, but I took it for what it was.

I have seen great success — in my own life and at work — when people inspect these learned mindsets and then make a conscious decision to try something outside of those limitations. Didn’t go to college? That might not matter. If you were told that you’d never be able to do something, try it anyway. Start small and build on your successes.

Nicole SmarttÂ is the owner ofÂ Star Staffing. She is the youngest recipient to be awarded the Forty Under 40 award, recognizing business leaders under the age of 40. Her book, From Receptionist to Boss: Real-Life Advice for Getting Ahead at Work, can be pre-ordered on her website atÂ www.nicolesmartt.com.

Money Lessons for Kids: An Action Plan for Parents