How to Prepare for Success at Every Stage in Your Career 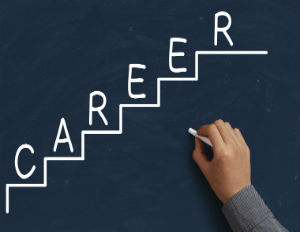 From a young age, I had a picture in my head of what success would be, what it looked like, and how it would feel. But when I became a business owner, I quickly realized that success is a mindset, and no one has the perfect definition of success but you.

We are often told that it will get easier, but it doesn’t – every step up the ladder has new challenges. But challenges define usÂ if they don’t stop us, and I had decided early that I wouldn’t let anything stop me; I was going to make it.

When I was 18, I got a job as a receptionist for a staffing company answering phones and greeting candidates. I didn’t have aÂ passion for this, but I knew I had to start somewhere. I learned as much as I could about the owners of the company and my supervisor. Soon, I was going above and beyond my role, trying to help clients and colleagues however I could. My managerÂ saw this transformation and convinced the owners I would be successful as a recruiter.Â I quickly realized even unsuccessful people can look successful.

As a recruiter, I worked long hours voluntarilyÂ and kept striving to do better work. By age 21, I was asked to buy the company, but I felt I was too young and unprepared to take on that risk.Â Meanwhile, the company I worked forÂ was sold to a larger company, and when they took over I became a sales representative. I stayed for two more yearsÂ and then left to start my own company. Finally, I joined Star Staffing as a regional sales manager. I had to show that I would fit their culture, add to the company and improve revenue. I accomplished this within three months, and then negotiations started with the legal team. I became an owner by age 25.

We make our own fortune, despite our occasional reliance on timing and “luck.â€ Star saw my potential, and when we discussed my vision for an innovative and fast-growing company, they agreed and we joined forces. Luck happens to disciplined, hard-working people who are paying attention and know their own limits (and when to push them).

Read the rest at www.businesscollective.com…

Nicole SmarttÂ is the owner ofÂ Star Staffing. She is the youngest recipient to be awarded the Forty Under 40 award, recognizing business leaders under the age of 40. Her book, From Receptionist to Boss: Real-Life Advice for Getting Ahead at Work, can be pre-ordered on her website atÂ www.nicolesmartt.com.

One Mother’s Journey with Her Gifted Children | Part 2