Prepare Students for College While They're in High School 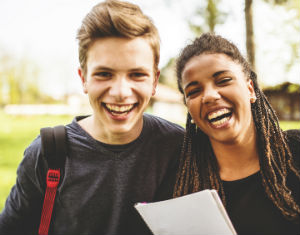 Why did you go to school? If you have children, why do you send them to school?

Maybe that’s why so few of our schools prepare students for college, and so many high school graduates, even those who’ve done well in high school, start off college needing to take remedial classes. When I interviewed Jessica Pliska of Opportunity Network about her work with low-income college students, she frankly stated that a New York City public school “A” is equivalent to a suburban school “C.”

The Hechinger Report recently published an article reporting on what is apparently a novel idea: equipping high school students to be ready for college. About 25% of the high school graduates that show up on college campuses are not ready to take classes in college math or English, accordingÂ to Education Reform Now, an advocacy organization.Â The Hechinger Report explains how such students end up in the swamp of remedial or developmental courses, from which only 10% emerge to actually earn a degree. Instead of looking to colleges to solve this problem–which is expensive and time-consuming–why not prepare students for college while they’re in high school in the first place?

This article is so important; please take theÂ time to read the whole thing. Here’s an excerpt to start you off:

“Stephanie Lewis and one of her students both cried when he graduated in the spring from South Pittsburg High School in Tennessee, where she teaches English.Â He’d done something, she admits, she wasn’t sure he could: finish high school fully prepared to go right to college.

That’s a feat a surprising number of high school graduates fail to accomplish. Half a million, or about one in four, show up on campuses each fall not ready to take college courses in math or English,Â according toÂ the advocacy organization Education Reform Now. In Tennessee, only 17% of public high school students score at college-ready levels in English, math, reading, and science on standardized tests.

It’s a little-noticed problem that forces these students to relearn material they should have already known, discouraging huge numbers of them from ultimately getting their degrees and costing the nation, by various estimates, betweenÂ $1.5 billionÂ and$7 billionÂ a year.

But the idea of solving it in high school is as rare as it is seemingly obvious.

‘This is how it should be done,’ said Alexandra Logue, Executive Vice Chancellor and University Provost for the City University of New York, or CUNY, system. ‘It is, however, more complicated than it sounds. You have to have everyone agreeing on what the standards are. And there are timing issues. When do you find out the student needs this, and how does that connect with when you provide the support?’

High schools in many parts of the country are judged on the proportion of their students that graduate, whether or not those students are ready for college. Surprisingly, scoring ‘proficient’ on state-mandated standardized tests required to receive high school diplomas, also does not necessarily mean that students are prepared for college-level work.

Public colleges and universities, meanwhile, have historically been funded based on how many students they enroll, not how many actually receive degrees.”

Read more at The Hechinger Report.

Education Matters: Donâ€™t Even Think About Going to a For-Profit College

3 Wealth Lessons From A BE 100s Legend: James Reynolds Jr. of Loop Capital