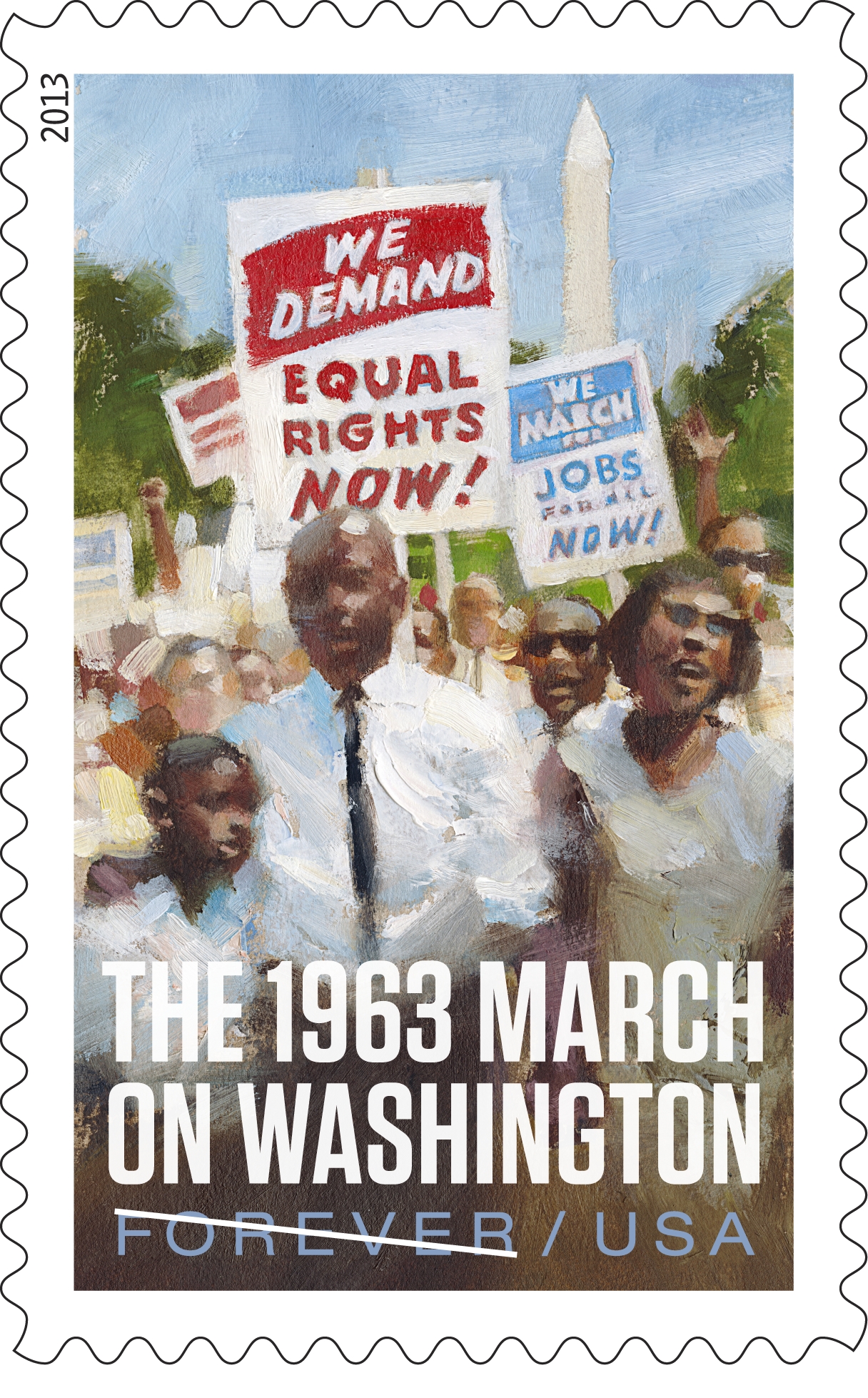 The image of marchers carrying placards calling for jobs and equal rights, with the Washington Monument as a backdrop is captured on the newest postage stamp unveiled by the U.S. Postal Service. The 1963 March on Washington limited-edition Forever stamp commemorates the 50th anniversary of the historic milestone.

Throughout this month, individuals have added their photo to the March on Washington stamp on the U.S. Postal Service’s Stamps Facebook page to help reveal a small piece of the stamp. Actress Gabrielle Union added her Twitter profile photo to the mosaic.

Rep. John Lewis (D-GA), the last surviving speaker at the March, joined others in officially dedicating the stamp and underscoring the importance of the event.

“The march was one of the turning points in the on-going struggle for civil rights and social justice in America,â€ Lewis said in a press statement. “In the years to come, when individuals use this stamp, they will be reminded of the distance we have come and the progress we have made as a nation. And they will be reminded of the civic duty of every American to stand up for what is right in our democracy.â€

The 1963 March on Washington stamp is the last of three stamps issued this year as part of a civil rights series commemorating courage, strength and equality in America. The first Forever stamp marked the 150th anniversary of the Emancipation Proclamation in January, while the second Forever stamp honored Rosa Parks on the 100th anniversary of her birth in February.

March On Washington, Realizing the Dream