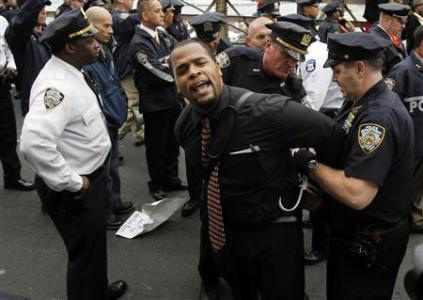 From the New York Times.

A majority ofÂ  New Yorkers said they feel the New York Police Department favors whites over Blacks, according to a poll conducted by the New York Times. In the poll 64 percent of those polled feel the department shows favoritism toward whites.

Among Blacks polled, 80 percent said they thought police officers favor one race over the other, with 48 percent of whites in agreement. The revealing poll comes off the heels of vast criticism of the NYPD and its stop-and-frisk policy, which many have argued disproportionately targets Blacks and Latinos.Â  The poll also found that a majority of Blacks view the stop-and-frisk policy as a harassment of innocent people, while a majority of whites said they thought it was an acceptable method to improve safety.

Death Of Handcuffed Man In Police Custody Ruled A Suicide