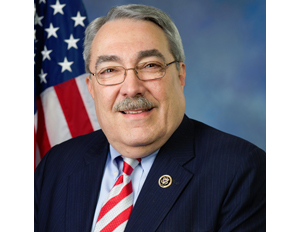 Politico recently ran an article which seemed to call into question the motives of Silicon Valley companies including Apple and Microsoft, in donating millions of dollars to organizations dedicated to increasing the diversity in tech effort, including the Thurgood Marshall College Fund and the Congressional Black Caucus.

The Feb. 28thÂ Â Politico piece leads off ominously with, “Some of Silicon Valley’s biggest tech companies are quietly funneling money to minority groups in Washington, including those affiliated with black and Hispanic lawmakers…â€

“The donations, known as “honorary expenses,” fund events like dinners and cocktail receptions where members of Congress and federal regulators are the guests of honor,â€ writes Tony Romm, for Politico.

The article also states, “Apple chipped in $1.2 million for an awards gala for the Thurgood Marshall College Fund, and Uber wrote a $10,000 check to the Congressional Hispanic Caucus Institute, the disclosures show.â€

Indeed, tech industry heavyweights have been active in contributing funds to help with the diversity in tech effort. Most recently, Google gave $3 million in grants to fight for social justice and reform. Apple donated $40 million to the Thurgood Marshall College Fund (TMCF) for scholarships, mentoring programs, and internships for HBCU students in preparation for careers at Apple.

The overwhelmingly lack of diversity in the tech industry has been a hot-button topic.

The Politico piece likens the donations by tech companies to the CBC and the TMCF to special interest political donations made by the tobacco and telecom industries in order to influence beneficial legislation.

When asked for comment on the incendiary Politico piece, Johnny C. Taylor Jr., president and CEO of the Thurgood Marshall College Fund said, “First of all, I find it ironic that there is finally an investment in the African American community by these major organizations like Apple, and now people want to attribute that to some insidious plan.â€

“At the end of the day, Apple’s position has always been, what is best for the students and how can we make a difference in the community,â€ Taylor said.

Taylor also leveled criticism at Politico’s focus on the gala event held by TMCF. “The gala is part of a week-long leadership event. We bring in 500 of the best students–all expenses paid. Someone has to fly them in, hotel them, and feed them. Those costs are offset by investment from our partners like Apple.â€

“The idea that millions of dollars went to host a party is disingenuous. Here we are at a point in our community that has never had this kind of investment and the unintended (or intended, perhaps) consequence is that other people are now afraid to invest in HBCUs.â€

Taylor also noted that Politico never reached out to TMCF for comment and that he was the one who pursued Apple for its investment in TMCF, not the other way around.

“Damned if I do, damned if I don’t,â€ is how Taylor summed up his frustration with the Politico piece, also noting that when it comes to the lack of diversity in tech, “you can’t level the playing field without money.â€

Denise Young-Smith, vice president for worldwide human resources at Apple, has spearheaded many of the investments and partnerships Cupertino is making for the diversity cause.

“Being an HBCU graduate myself, I understand this depth of talent that many companies, unfortunately, don’t get to see…,â€ she said recently about the partnership between the TMCF and Apple.

Apple CEO Tim Cook, earlier this year posted a memo on Apple’s site about the company’s commitment to diversity.

“Diversity is critical to innovation and it is essential to Apple’s future,â€ he wrote.

Women of Power: Kicking off 3 Days of Empowerment