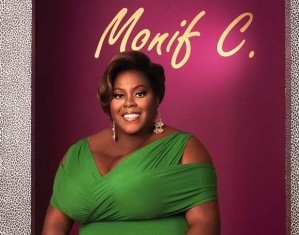 As a full-figured woman, Monif Clarke was frustrated by the lack of fashionable clothing choices for women her size, so she decided to do something about it. “I thought maybe there was a market that I could cater to–the customer being myself,â€ she says. So, in 2005, with a $30,000 loan from her father, Clarke and her business partner (and mother), Elaine Clarke, opened Monif C. Contemporary Plus Sizes (www.monifc.com; 212-842-1641) to fill that need.

A graduate of Rutgers University where she studied math and computer science, Clarke had to learn the fashion industry from the bottom up. She signed up for classes at New York’s Fashion Institute of Technology. Then, while attending fashion trade shows, she made industry contacts that helped her put her ideas to paper. One such contact, a manufacturer who wouldn’t produce her designs because her orders were too small to be lucrative for him, was nevertheless so impressed with her persistence and plans that “he pulled out his Rolodex and gave me the contact information for a manufacturer, fabric vendors, and trim vendors that I still work with today,â€ the 32-year-old recalls. All of Monif C.’s garments are manufactured in New York’s garment district, a move that makes sense for local, new designers because these factories will often take lower minimums, making manufacturing less costly, she says.

The same week Clarke launched her business, TLC’s What Not to Wear television show featured Monif C. as an option for plus-sized women.

While early publicity generated buzz in fashion circles, the young company hit a brick wall when it came to getting its designs in department stores. Many department stores were looking to stock black and tan garments that covered the arms, but Clarke says she breaks those rules “because I believe any woman can be fashionable.â€ Since the department stores weren’t buying, Clarke focused her sales and strategy on the Internet, investing in the development of an e-commerce site and scoring with online retailers such as Overstock.com and Ideeli.com to carry her fashions. Clarke even enlisted the help of her customers to model the clothes on YouTube. “The videos let people see the clothes on different body types,â€ she says.

The company also opened a small boutique inside its showroom in 2007; and Clarke sells to independently owned shops in cities such as Atlanta, New Orleans, and Milwaukee, and even international boutiques in Australia, Bermuda, Jamaica, and other countries.

The recession took its toll on the business, as it did most retail companies. While the majority of Monif C.’s dresses retailed for $235 to $400 before the recession, the average price is now $198. “That price difference has affected our margins, but we have had to take less margin to sell more products,â€ Clarke says. However, all profits were not lost, as “we negotiated with our vendors to get those prices to be feasible, and they saw the upsweep in sales.â€

The company faced another challenge in November 2009 when Elaine succumbed to breast cancer at the age of 62. “For the first time, I had to step out in faith and hire people,â€ Clarke says.
Finding the ability to pick up where her mother left off was initially difficult, but Clarke managed. “When I think about all that my mother brought to Monif C. and the sacrifices she made, I know it’s important for me to move the business forward.â€