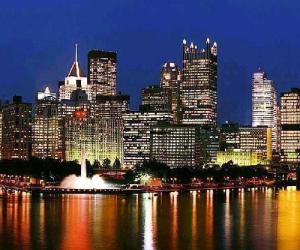 This is the first year of the Conference’s newÂ 2012 — 14 agenda, which guides the organization’s work. It’s organized into three strategic priorities (Enhance Opportunity, Strengthen Communities and Energize Tomorrow’s Economy). As part of this new agenda, the conference is teaming up with the high-speed research firm, 113 Industries, to form a new initiative developed to encourage entrepreneurship among the cities’ African-American community.

The founders of 113 Industries, Razi Imam and Anupam Singh, have a history of successful entrepreneurial ventures. The two decided to launch the company in early 2010 to drive new innovation in advanced materials by finding new technologies that match existing market needs. 113 Industries has developed a comprehensive network that includes over 200 universities, several international universities, and 250 US based federal labs. Their 15 patent databases cover 80 countries, 500 scientific journals, and various industry organizations, conferences and trade associations.

113 Industries plans to study similar initiatives from around the country then find the best attributes and apply them to Pittsburgh. 113 Industries co-founder and President Anupam Singh says they’ll look at federally, state and privately-funded programs from across the country. They also plan to draw in research from universities around the globe.

Ciuksza and Singh said they expect to complete the open innovation portion of the project by the second quarter of 2013.