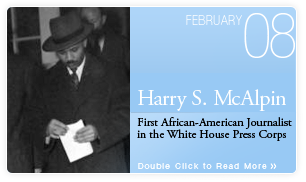 The White House Correspondents Association (WHCA) celebrated their 100th anniversary this weekend with the annual Correspondents’ Dinner, well known for its celebrity attendees, presidential jokes and skits, endless schmoozing and, of course, glamor.

The dinner is usually closed to most cameras and photographers, but below are a few excerpts ofÂ  of the president’s opening comedy act via the White House’s blog:

“And I’m feeling sorry —believe it or not—for the Speaker of the House, as well.Â  These days, the House Republicans actually give John Boehner a harder time than they give me, which means orange really is the new black.”

“Let’s face it, Fox, you’ll miss me when I’m gone.Â  It will be harder to convince the American people that Hillary was born in Kenya.”

It is a time to celebrate some of the nation’s finest journalists, men and women, of all ages, color, sexual orientation and religion who have reached the pinnacle of their careers. When journalists triumphantly rub shoulders, share champagne, clink glasses and share toasts with other giants in every industry.

But the association nurses a dark past. There was a period when it had been soaked in racial discrimination.

In the years leading up to 1944, African Americans were excluded from presidential news conferences. A 5 foot, 6 inch, 148 pound black journalist put an end to that and suffered for it.

This weekend at the dinner, the association finally paid recognition with an award that had been 70 years coming, creating a scholarship to honor Harry McAlpin the first black reporter to attend a presidential news conference. Honoring McAlpin, the night featured a tribute to the journalist, whose extraordinary skills at the highest level of his profession propelled him to his industry’s promised land, only to have the doors shut in his face because of the color of his skin.

Time.com , quoting a former president of the WHCA, called it an “opportunity for the association to apologize for a past injustice. When McAlpin a reporter for the Atlanta Daily World was denied entry into the WHCA, which at the time represented an all-white, all-male corps”.

George E. Condon, a former president of the WHCA, writes about McAlpin in the National Journal:

“Yet to the reporters who ran the White House Correspondents’ Association in 1944, he loomed large. To them, McAlpin was a threat, for he was not one of them: He was not white. And that one difference was enough to make the white journalism establishment battle to prevent McAlpin from attending White House press conferences. Even after President Roosevelt overruled the Correspondents’ Association and McAlpin became the first African-American reporter to cover a presidential press conference, the group continued to undermine him. It remained totally unrepentant.”

Condon also cited an excerpt from McAlpin’s unpublished memoir detailing a conversation he had with Paul Wooton, the president of the association, on the day he received his White House credentials.

“Harry, you have been accredited as a White House correspondent by President Roosevelt and there is nothing we can do about that. But I asked you to come in because I believed we could arrive at some agreement in connection with your attending the president’s press conference. We are anxious to cooperate with you in every way possible.

“Now, I suggest that when you come down tomorrow, you sit out in the reception hall. One of us regular correspondents will be glad to tell you what went on in the conference as soon as it is over. And, of course, if you have any question you would like to have asked, if you would let one of us know about it, we’d ask it for you and as soon as the conference is over, we’d let you know what answer the president gave.

The next morning at the White House, while it was standard practice for the president of the WHCA to introduce newcomers to the president, Wooton reportedly did not introduce McAlpin.

McAlpin did recall that President Roosevelt welcomed him warmly and put him at ease.

McAlpin left journalism in 1945, the same year the second world war ended. He moved to Louisville where he practiced law and headed the local chapter of the NAACP.

He died in 1985, still never being invited to join the White House Correspondents Association and without having attended the Annual Correspondents dinner.

He was finally remembered with thundering applause from the nation’s first black president, a press association eager to erase the past and a son finally at peace with the association that had shunned his father.

Here’s how the President Obama explained the tribute to McAlpin.

“And what tonight also reminds us is that the fight for full and fair access goes beyond the chance to ask a question.Â  Decades ago, an African American who wanted to cover his or her President might be barred from journalism school, burdened by Jim Crow, and, once in Washington, banned from press conferences.

But after years of effort, black editors and publishers began meeting with FDR’s press secretary, Steve Early. And then they met with the president himself, who declared that a black reporter would get a credential. And even when Harry McAlpin made history as the first African American to attend a presidential news conference, he wasn’t always welcomed by the other reporters. But he was welcomed by the president, who told him, ‘I’m glad to see you, McAlpin, and I’m very happy to have you here.’

Now, that sentiment might have worn off once Harry asked him a question or two — and Harry’s battles continued. But he made history. And we’re so proud of Sherman and his family for being here tonight, and the White House Correspondents Association for creating a scholarship in Harry’s name.”

The Washington Post reported last year that the White House Press Corps, the small group of influential journalists and TV reporters who cover what is arguably “the most prestigious beat in American Journalism”Â  remains mostly white. Of the 53 regular correspondents at the time, only seven were either African American or Asian American.

To read more about the inside story of Harry McAlpin’s fascinating story and career. Check out the article in the NationalJournal: Harry McAlpin Vs the White House Press Corps.

$15 Minimum Wage: Seattle Putting Plan in Place for One of Highest Hourly Wages in Nation