Philadelphia Keeps Its Kids in School and Out of Prison 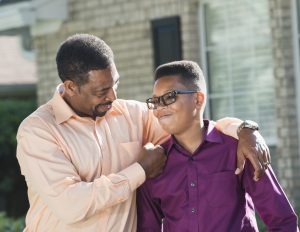 While the largest prison strike in our nation’s history is occurring right now, the city of Philadelphia has apparently found a way to cut off its own school-to-prison pipeline. The Philadelphia Police School Diversion Program has caused dramatic drops not only in the city’s school arrests but also in school incidents. Some are hailing it a national model.

The U.S. imprisons more of its people than any other nation. Yet, according to the Justice Policy Institute, juvenile crime is way down, as is crime in general. But American schools–which in 1973 suspended just 4% of students–are using out-of-school suspensions more often.

Could there be an economic motive? As Ava DuVernay’s movie 13th makes excruciatingly clear, exploitative labor is alive and well in the U.S. prison system.

In the City of Brotherly Love, at least, a man named Bethel (which means “house of Godâ€ in Hebrew) is allowing kids a second chance (or really, just a chance. Since when did life become so unforgiving?).

Kevin Bethel, Philadelphia’s former deputy commissioner, thought up the second chance idea after learning about current movements in juvenile justice and the awful consequences of arrests. According to the website Governing.com, Bethel started to see juvenile arrests as a public health problem.

So instead of responding harshly to first-time, low-level offenders, Bethel thought of addressing root causes.

Now, instead of being arrested, a student will be visited at home within 72 hours by Philadelphia’s Department of Human Services. “DHS assesses the family’s needs and, often, recommends Intensive Prevention Services, a 90-day after-school program,â€ Governing writes.

Kids often ask to continue in the program after it ends. It offers group sessions in social and emotional competence, healthy attachments, and more.

The program isn’t just working for the kids. “We’re seeing some promising results. Last school year, as high as 70% of children who were diverted were not sent down for a disciplinary hearing [to consider expulsion or transfer],â€ said Rachel Holzman, deputy chief of Student Rights and Responsibilities at the School District. “All data points to fears being allayed that things would get worse somehow if we didn’t arrest children.â€

To read more, go to Governing.com.

This Integrative Medicine Doc Has a Plan for Your Best Sleep