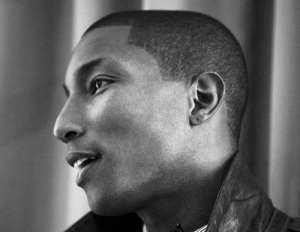 According to Billboard, Pharrell Williams has plenty to be “Happy” about. His song is the most downloaded song ever in the United Kingdom.

With this feat, the producer now has three of the top 10 downloaded songs in the U.K. “Happy” was sold 1.62 million times in the U.K. since it was released in June 2013. A previous song he produced, “Blurred Lines” by Robin Thicke, was the former top downloaded song with 1.59 million buys.

Pharrell said on OfficialCharts.com, “I would just like to say thank you, first and foremost, to the people, because the charts are determined by them. I have a lot to be thankful for because they’ve chosen these things and it’s resulted in ‘Happy’ being what it’s become.”

The single “Get Lucky” by Daft Punk, which was co-written by Pharrell, has also sold more than 1 million copies and is at number 6 of the most downloaded songs in U.K. history.

The Core Venture Studio Shakes Up South With Tech, Media, and Entertainment Fund