Pharrell Inks Deal to Publish a Series of Children's Books 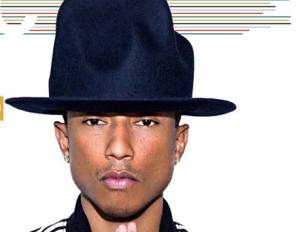 The checks from Pharrell Williams popular hit Happy continue to roll through as the musical genius has inked a deal to pen a series of children’s books, with the first book being inspired by the song.

The Grammy award-winning musician has partnered with Putnam, a division of Penguin-Random House, to publish four picture books. Putnam plans to release 250,000 copies of the first book, Happy, on Sept. 22. The book will include photos of children from around the world “celebrating what it means to be happy.”

“I’m humbled by the global success of Happy, but especially in awe of the song’s young fans,” said Williams in a statement. “My collaboration with Penguin allows me to continue a dialogue with these children in a fresh, new way. We’re both committed to feeding the curiosity of young minds with imagination.”

Pharrell’s Happy was released in 2014 off his studio album GIRL and it appeared on the soundtrack of the kid’s film Despicable Me 2. In addition to the song winning two Grammys, it was also nominated for an Academy Award in the category of Best Original Song.

Halle Berry Admits She Thought about Cosmetic Sugery and More