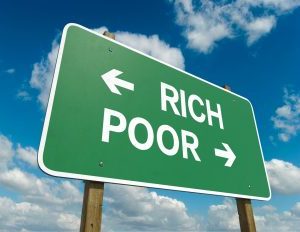 The wealth gap between white households and households of color is often widened by policies that, on the surface, would appear to help lower income families. An area of particular need? Managing student loan debt.

That’s according to the report, Equitable Investments in the Next Generation: Designing Policies to Close the Racial Wealth Gap, released last month by the Institute on Assets and Social Policy.

The racial wealth gap is not insignificant. According to federal data, the median wealth for white households in 2013 was around $141,900, compared with about $13,700 for Hispanic families, and about $11,000 for black households, as reported by CNN Money.

I spoke with Emanuel Nieves, government affairs manager at the Corporation for Enterprise Development and an author of the report, by way of email to learn more.

In particular, I was concerned that for most Americans, this report would be greeted with a massive shrug. Wealth and income inequality is baked into the American experience. What could incentivize the development of policies that would work for–and not against–the acquisition of wealth by people of color?

Nieves recognizes the historical role of bad public policy, such as legal housing discrimination and G.I. Bill benefits that were unequally distributed. But, he also says that creating equity supports the health of the economy as a whole.

“Our future economic well-being is going to depend on communities of color joining the middle class. In just under 30 years, we’ll be a minority-majority nation, and if nothing changes, black and Latino families will continue to enjoy only a fraction of the wealth and buying power of white households.â€

Policies that would seem to support low wealth households tend to end up widening the wealth gap. For example, fully forgiving all borrowers their student loan debt widens the wealth gap by nearly 10%, according to IASP; a targeted policy that only forgave the debt of households earning less than $50,000 would decrease the gap by 7%.

I was stunned to learn that, according to IASP, a college degree confers substantially more wealth on white households ($55,900) than black or Hispanic households ($4,800 and $4,200). IASP recommends policies that focus on producing a more equal wealth return, such as greater college affordability and instituting universal Children’s Savings Accounts.

“If the racial wealth gap is left unaddressed, then the trajectory we’re currently on could have serious implications for the future of our economy (a point Janet Yellen made this past year),â€ Nieves says.