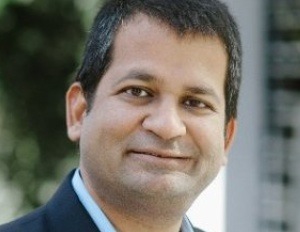 Agrawal joined PayPal in March after serving as a consultant and became Director of Global Strategy.

Everyone knows that social media can make or break your career, with potential employers and fellow employees looking up your online identity to see if you’re as appropriate online as you are offline.

But PayPal executive Rakesh Agrawal seemed to forget those rules over the weekend, as he went on a Twitter rant addressed directly to his coworkers and friends.

In his Twitter rant, saved by Valleywag, he called out Christina Smedley, PayPal’s vice president of global communications, saying “Fuck you Christina Smedley.” He also called out venture capitalist Keith Rabois, who had supposedly declined to invest in Agrawal’s new startup.

Agrawal joined PayPal in March, just two months ago. He attributed his insults to the interface of a new Android device, and said the messages were meant for a colleague. He then tweeted an apology for the “weirdness” of his tweets.

Last night I was using a new phone that I bought because I wanted to test experiences on android. Those messages were meant for a colleague

My apologies for all of the weirdness over last few days. I was doing a lot of things that made sense in my head. But w/o set up seem crazy

I can confirm that I didn’t receive an email offering to invest in his “new” company.

Rakesh Agrawal is no longer with the company. Treat everyone with respect. No excuses. PayPal has zero tolerance.

Eric LeGrand Will Give Commencement Speech at Rutgers