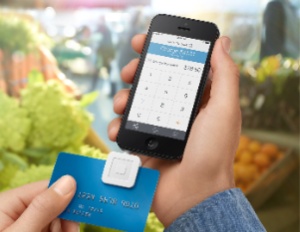 Mobile payment startup Square has posted a $100 million loss for 2013, according to the Wall Street Journal.

Square, a mobile payment service that lets anyone set up what is essentially their own cash register with only a smartphone, and for less than traditional credit card merchant fees.

Beginning in 2009, the company, cofounded by Twitter co-creator Jack Dorsey, has used “more than half of its $340 million it raised from at least four rounds of equity financing,” according to the Journal.

The company now handles tens of billions of dollars in sales annually, and one week ago hired Alyssa Henry, former Vice President of Amazon Web Services, as its Engineering Lead.

The revenue loss last year doesn’t mean the payment company, is in any serious peril, however. Shares sold earlier this year on the secondary market put the company’s value at around $5.2 billion. This makes the talk of acquiring the company potentially critical to the future of mobile payments.

Square isn’t the only payment service in the game. Isis, a similar service, is backed by companies like AT&T and Verizon, although it hasn’t garnered the same popularity. One up and coming service comes from a veteran in the payment space: PayPal.

Square did have some informal talks with companies like Apple and PayPal, although those didn’t pan out, and according to the Journal the company spoke to Google about a potential acquisition, although a Square spokesperson told them that was untrue.