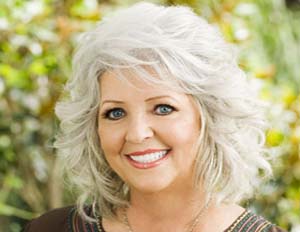 Reports of Paula Deen’s use of the N-word and other racially offensive comments have been hot topics both in the news and on social media. This morning, Deen made an appearance on the Today Show to clear the air and was received with mixed responses, from support to acceptance to indifference to utter outrage. Deen has been tearfully apologetic for what she says is past use of the word, but she has stood behind her defense that she is not a racist and that her name will be cleared. However, her cries more than likely will not regain lost endorsements and deals, including those with the Food Network and Smithfield Foods.

As the public jury is still out on whether Deen will be able to rebound from career disaster, take a look at other leaders who faced professional scandals and paid the cost.

Rick Ross would have never imagined that a simple lyric in the popular song “U.O.E.N.Oâ€, would result in Reebok dropping him. In the song Ross croons, “Put molly all in her champagne/ She ain’t even know it/ I took her home and I enjoyed that/ She ain’t even know it.â€ Reebok distanced themselves, and later severed ties, from the rapper because of the backlash, with activists and opponents outraged by the lyrics’ insinuation of rape.

At one time Lil Wayne proclaimed to be the “best rapper alive,â€ but that title wasn’t enough to save him from endorsement smack down. Lil Wayne’s lyrics were called into question after he used what was deemed an inappropriate reference to the brutal murder of Emmett Till. After widespread backlash, and a statement from the Till family, Mountain Dew pulled their endorsement deal with the hip-hop star.

Infamous former Washington, DC, mayor was a champion for the people of the city, serving a total of 16 years over four terms. So it came as a surprise when in 1990, Barry was caught smoking crack in a police sting operation. After serving six months in federal prison, Barry came back to the political by winning a seat on the Washington DC City Council in 1992, and mayor in 1994. He was recently in the news for reportedly receiving thousands of dollars in gifts from city contractors, a possible ethics violation.

In 2008, former congressman Jesse Jackson Jr., was criticized for reportedly making disparaging remarks about then Sen. Barack Obama. Four years later, he was convicted of the misuse of campaign funds, in which he spent $750,000 on personal items. These charges cost him his Congressional seat, and could lead to him spending the next four years behind bars.

In 2010, Atlanta megachurch pastor made headlines after he was accused of having an inappropriate relationship with four teenage boys. After settling out of court, Long was sued again by church members for allegedly tricking them into investing in a Ponzi scheme. As a result of these scandals, membership in Long’s church has declined. He’s faced several other challenges as well, including those associated with New Birth Christian Academy, set to close this fall after experiencing issues with funding.

How to Turn That Summer Gig Into a Permanent Job