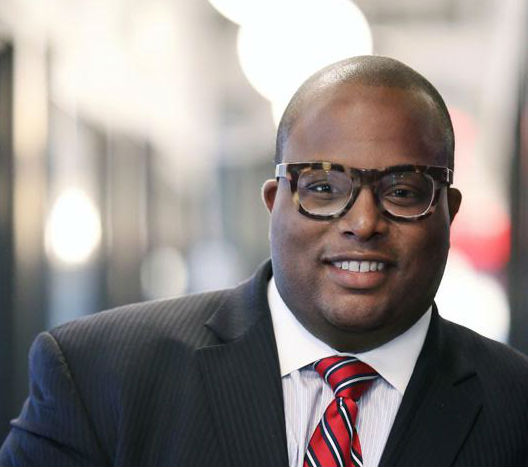 I have changed/contributed to my industry by: By being a black male running an up-and-coming retail brand before the age of 35, demonstrating diversity in executive retail leadership and in the startup community.

It takes a village — a willing village, an uplifting village — to raise a man-child to go forth and prosper, to become a productive citizen, not only of the world, but in life and Garry Thaniel has proven this many times over. As one of Baltimore’s Native Sons, Thaniel’s greatest achievements are deeply rooted on the idea of “do the work.”

“My greatest achievement personally would have to be graduating from Harvard Business School,” Thaniel says. “Before then, it was making it out of Baltimore and graduating from Bucknell, but Harvard was a dream that came true and changed so much for me. It was something I wanted for as long as I can remember and I put everything I had in me to make it happen, so personally it was an amazing achievement and one that I am thankful for each day. Professionally, I have had several good achievements, but the greatest achievement was being named CEO of ONA Bags. It’s what I have been working for my whole career and to lead this company each day is a dream come true,” he tells BE Modern Man.

Knowing that his journey is an ordained one, Thaniel’s story is equal parts testimony, dedication and inspirational. “I would say it’s threefold: my faith, my family, and my community. As a man of faith, I believe that God has great plans for me and I was to honor Him through my works. My family is the greatest support system I have. I honor them through the work I do each day. I also want to put future generations in a better place. And my community, because I do believe that as a child it took a village to raise me, I want to pay it forward and show the next generation the possibilities when you have faith and work hard, while honoring everyone who helped me get to where I am. I should probably have said ‘four-fold’ because I want to maximize my gifts and that inspires me to work to be great,” he says.

“In my opinion, giving back to the community and ultimately helping to positively impact the community isn’t optional, it’s a mandatory responsibility. Giving back is something that was instilled in me at a young age. Being active and volunteering in the community and church has been something that started in my middle school and high school years. It’s important to me because I grew up with two amazing parents, a supportive extended family, and an awesome church family. I can truly say a lot of people invested me as a young man, which is one of the main reasons I am able to live this awesome life. I recognize my blessings, and want to pay it forward and be a resources for the next group of you professionals and students. Sometimes it takes seeing someone you relate to help you understand what it possible and I think being active in my community gives me the opportunity to be that role models for those younger than myself.”

And those gifts were evident as Thaniel began what is shaping up to become an illustrious career in fashion. Having interned and later joining the Executive Trainee Program at Lord &  Taylor and stints at Sears Holding Corporation, The Grayson Group and Macy’s before the opportunity of a lifetime appeared: CEO of ONA Designs International, LLC. A luxury bag brand that caters to photographers and creatives, Thaniel’s role ranges from monitoring design to ensuring the production of well crafted pieces similar to what Jenna Lyons does for J. Crew. His advice to those hoping to cultivate a successful career? “I think there are a few things, of course you need to work hard and the quality of your work be your calling card, but the best piece of additional advice I have is to realize that your career is YOUR career. I say this because oftentimes when you start a new role someone tells you what your career progression will look like, or you look for someone’s career to mirror. But, inevitably, you will reach a point where you need to decide where you want to take your career and what risk you are willing to take. I reached that point when I turned down a promotion because I felt led to apply to HBS. But I was able to make that decision because I saw the upside and at that point I chose potential over comfort. Not saying I will always make that choice, but as a young professional, most have a great deal of flexibility, so I would say realize that your career (and life) is YOUR career, determine how much risk you are willing to take, and take the bold steps that you want to take.”

Although we are often the faces or designers behind some of the world’s largest brands like Phat Farm, Sean Jean and The Brooklyn Circus, there is a still a huge void in the industry as well as educating and encouraging our younger generation to pursue avenues within the fashion industry. Thaniel explains, “As mentioned before, Retail is a sector where Men of Color are not normally in a leadership position, despite the spending power and vast influence that we possess with regards to the retail sector. I think it’s important that the next generation realize that they are not limited to a few industries or interests, so I hope that this article leads to some young man of color becoming the next Marvin Traub, Mickey Drexler, Ed Tweedy, or Alan Questrom. By that I mean we don’t just have to influence the style, but we can run the company or industry.”

Although the mainstream media often paints people of color, especially black men, inside a box, our narratives are ones to the applauded, shared and should never be constrained, reduced to a shortlist of stereotypes. Our tagline affirms “it is our normal to be extraordinary “and we challenge each other to rise up, accept reponsibility for authoring our stories. “I hope my story inspires someone to break out any societal boxes, but also their own personal box or comfort zone. As an Army Kid going up, I got comfortable not relying on surroundings and having to go into different environments. I have learned that the boxes we put ourselves in are much harder to break out of than the one’s society puts us in. My story is one of being comfortable as me and not letting anyone define what that means, and being “naive” enough to believe I don’t have limitations.” But can we ever be recognized, celebrated fully? “That’s a tough one, I would have to say yes-and -no. I think men of color are recognized in the mainstream, but I do notice that they typically are from Sport and Entertainment, and to a lesser extent, the financial sector. It would be nice to see Men of Color more represented in the mainstream in other sectors such as Education, Engineering, Technology, Law, and of course, the Retail sector,”he tells BE Modern Man.

“I think it’s important that Men of Color see peers making strides in various roles and functions. It is important that we show the next generation that they are not limited to certain fields, functions, or roles. “

Being named a BE Modern Man means being inducted into a fraternal order of brotherhood bound by a common thread: ensuring the safety and well-being on a new generation of visionaries, dreamers and BE Modern Man hopefuls.

“It’s an honor and one I will not take lightly. BE Modern Man has featured some of the top men that are the next generation leaders in business, culture, and style and to be associated with these gentlemen is a true honor. I hope my story informs and inspires, but ultimately motivates to help someone become the next BE Modern Man and a leader in whatever their passion leads them to pursue,” he states.

“I don’t know if it fits, but I am just grateful and very thankful for the opportunities I have and all of the people that have helped me get to where I am. My family and friends are my biggest support system. And I am blessed to work with an outstanding team each day that works to make ONA a household name and makes me a better leader each day.“

The BE Modern Man team salutes Garry Thaniel in his effort to exemplify exceptional leadership in the worlds of retail and design. We are excited to know that we have a BE Modern Man in Thaniel, who is leading the charge to pass the torch and inspire a new generation of visionaries and entrepreneurs. To find out more about Garry and ONA visit  www.garrythaniel.com and www.onabags.com

Donâ€™t Overlook HR: 6 Mistakes That Can Be Costly for Your Startup

Renting vs. Owning: The Pros And The Cons