In the Party of Progressives, Too Little Progress for Some 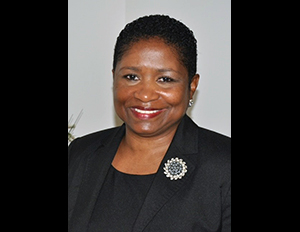 The Democratic Party has long sought to cast itself as an instrument of progress, agitating for social and cultural change that reflects the broad diversity and needs of its varied constituencies.Â Indeed, the Democratic Party stood behind the Civil Rights movement, when an overwhelming portion of America disapproved of it. It is also the party that has been fighting to fix a legal system that incarcerates African Americans and other minorities at disproportionate levels. And it is the party that helped President Obama deliver on the promise of legislation that took the first major steps toward affordable healthcare for all Americans.

Yet, in many respects, the Democratic Party is distressingly stratified; one divided between the competing interests of the elites and the every man, the haves and the have-nots. This tension came to light during the presidential primary, when Senator Bernie Sanders of Vermont, running on a populist platform, pushed Hillary Clinton to cut her ties to Wall Street, embracing both higher minimum wage than she had been willing to accept and higher taxes on the wealthy.Â But few issues have caused the divisions in the party to flare quite as intensely as environmental policy.

The party’s increasingly assertive network of environmental activists and wealthy donors have spent millions of dollars waging campaigns against industry that critics say captures national headlines, but fails to address the day-to-day environmental hazards faced by poor communities of color, particularly those in the nation’s inner cities.Â Indeed,Â 350.org, Greenpeace, and other professional advocacy groups have managed to raise their national profile—along with the charitable donations they take in. This has been largely accomplished through fights these organizations have chosen to pick with American industry, as exemplified via the call to end natural gas exploration through fracking, the demand for the prosecution of ExxonMobil for its so-called climate crimes, and the organized protests against gas pipeline projects from Pennsylvania to Iowa.

But critics say these are not always the most pressing issues of the day and argue that the environmental community needs to provide equal support to local, grassroots groups that can mobilize the very individuals who are subjected to urban America’s environmental threats like contaminated drinking water, mercury emissions from incinerators and other industrial sites, lead poisoning from paint found in older housing, and the relative lack of green spaces for recreation and gardens.

Too often, the critics complain that national organizations tend to parachute activists into communities to organize campaigns around a single issue. This is helps in the immediate aftermath of a crisis. However,Â unlike local groups with actual roots in the community, these activists tend to move on once the crisis has passed.

The crisis involving contaminated water in Flint, a low-income city in Michigan, is a fitting example. Environmental leaders like Bill McKibben and national advocacy organizations made the Flint crisis a focal point for a few days, tweeting out #envrionmentalracism to mobilize followers. But soon enough, these national groups moved on, leaving families in Flint on their own as the crisis continued to unfold.

In many key respects, the environmental neglect of urban communities reflects the misplaced funding priorities of environmental donors; a privileged world that includes a constellation of foundations with ties to wealthy individuals, like members of the Rockefeller family. AÂ 2012 report by National Committee for Responsive Philanthropy foundÂ that environmental donors tended to be highly selective, mainly funding large, professional organizations instead of small, local ones in marginalized communities.

The problems do not end there, though. AÂ recent reportÂ by Green 2.0 found an astonishing lack of diversity within the ranks of the environmental movement, a fact that may help explain the movement’s complicated relationship with inner-city communities. Consider that, while people of color make up 36% of the U.S. population, they only make up about 12% of staff at traditional environmental groups, as well as at the charitable foundations that provide financing for those groups. More than that, though, people of color hold only 12% of leadership positions at environmental organizations and 4.6% of board positions.

Representative RaÃºl M. Grijalva, a Democrat from Arizona who is a member of the Congressional Hispanic Caucus, has been extremely critical of his allies in the environmental movement over theÂ “disconcerting lack of diversityâ€Â in their ranks. As long as Congress believes that only environmentalists–whoÂ “in most minds, [are] a relatively small slice of white liberal Americaâ€–care about environmental issues, Â then it is unlikely that lawmakers will feel the need to act on important legislation any time soon.

Grijalva says in his article forÂ The Guardian, “Even if general public awareness of environmental issues is higher today than it was 50 or 100 years ago,Â the momentum we’re seeing today could evaporate if we don’t include new partners in the coalition.â€

The environmental elite would be wise to heed Grijalva’s warning.

Financial Intimacy: Is Your Relationship Ready?