Top 5 Things Major League Baseball Can Learn From the NFL 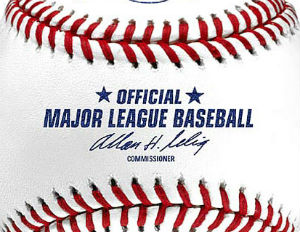 Baseball being “America’s favorite pastimeâ€ is long gone. Football is king and reigns supreme as America’s favorite sport. The 16 weeks of the regular season starting in September in addition to the post season all the way to the Super Bowl are some of the most popular and profitable weeks for teams, networks and companies.

In 2011, the NFL made $3.3 billion in national ad support while the MLB only received $784 million –second to college football. The NFL seems to just “get it,” so what’s wrong with Major League Baseball?

Can baseball ever be number one again? Maybe, but there are some things baseball can do—or do better. They should take a page from the NFL’s playbook taking note of the following:

1. Quality over Quantity: Baseball is a marathon not a sprint, and with the ever-shortening attention spans, fans are not engaged in the long season and the number of games, usually until closer to the post season. I think baseball should consider shortening it’s season, not by much—but it could be effective.

2. Marketing: The MLB doesn’t seem to be as aggressive as the NFL or the NBA in terms of marketing. There is some hype around the season, but with the NBA and March Madness occurring during the start of the MLB season, baseball could be more aggressive so they don’t get lost or overshadowed by the latter. In addition, the NFL engages women far more than any other sport, capitalizing on its fans with the fastest and most powerful spending power in the consumer market. That’s not only good business, it’s smart business.

Let Your Career Choice Begin With Where You Will Live