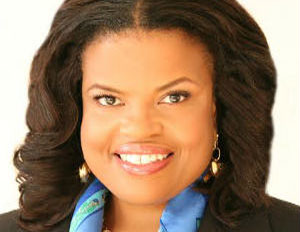 This is a special feature on conducting business in one of the world’s top business frontiers from the November 2014 Black Enterprise magazine issue, written by Richard Spiropoulous and Derek T. Dingle.

A Continent of Opportunity

“The time to do business in Africa is no longer five years away.â€ Even though Commerce Secretary Penny Pritzker was addressing major corporations at the Forum, small and mid-sized businesses should heed her clarion call.

Check out the facts on Africa’s roaring economy. The Economist reports that seven of the 10 fastest-growing economies can be found on the continent: China; India; Ethiopia; Mozambique; Tanzania; Vietnam; Congo; Ghana; Zambia; and Nigeria. Over the past decade, real income has increased more than 30%. According to the African Development Bank, the middle class has tripled over the past 30 years to 355 million, more than 34% of the population. KPMG Africa found that Africa‘s growth rate continues to rise, with sub-Saharan Africa’s 2013 growth rate of 4.7% set to exceed 5.2% by year’s end–significantly outpacing the developing country average of 3.9%. The World Bank’s latest analysis of the continent’s economic status, links its growth rate to increased investment in natural resources and infrastructure as well as strong household spending.

More good news on long-term growth prospects: Since 43% of the current population is below 14 years old, Africa will have the world’s largest workforce by 2040. And in terms of connectivity, Africa has more cellphone subscribers than Europe.

Former President Bill Clinton cited at the Forum that the U.S. has ceded ground to Europe and China in building vital business relationships on the continent. Despite growth in oil, gas, and precious metals, he says firms can cash in on the need for “economic diversification.â€ He views greater access to the power grid and usage of mobile devices as prime opportunities.