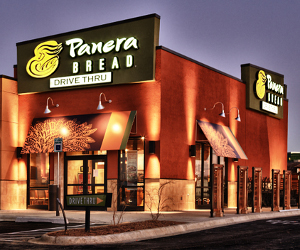 Sam Covelli, the owner of several western Pennsylvania Panera Bread restaurants is paying for allegedly discriminating against African-American workers. The franchisee will pay Guy Vines, a former employee who is the lead plaintiff in a class-action lawsuit $10,000 and $66,000 in attorneys’ fees as part of the settlement. He’ll also pay out an extra 70 cents per hour to each member of the lawsuit for each year after their first year of employment with Covelli, according to a Courthouse News Service report.

Vines and other members of the class action lawsuit claimed they were forced to work in the kitchen because Covelli didn’t want black employees in public view, according to court documents. Vines’ attorney told the judge that about 200 to 300 black workers could be entitled to money.

In a January 2012 complaint, Vines claimed that he worked as a sandwich maker at Panera Bread from 2009 to 2011, but his manager said black workers like him were ineligible for promotion to management. The same manager also allegedly said “customers would not want to see an African-American working in the front of the store,” and feared he would lose his job for disobeying this rule.

Chief U.S. District Judge Gary Lancaster in Pittsburgh made the following statement regarding the settlement.

“Here, the class members allege that they were flatly ineligible for promotion because of their race and regardless of their job performance, They allege that this prohibition, although not written down anywhere, was the rule at all of defendant’s restaurants, and that defendant’s managers disobeyed it at their peril. This question of law and fact applies evenly across the class and is sufficient to ensure that ‘the action can be practically maintained and that the interests of the absentees will be fairly and adequately represented.'”

He gaveÂ final approval last week after a fairness hearing.

Covelli Enterprises and Panera Bread did not immediately respond to requests for comment.