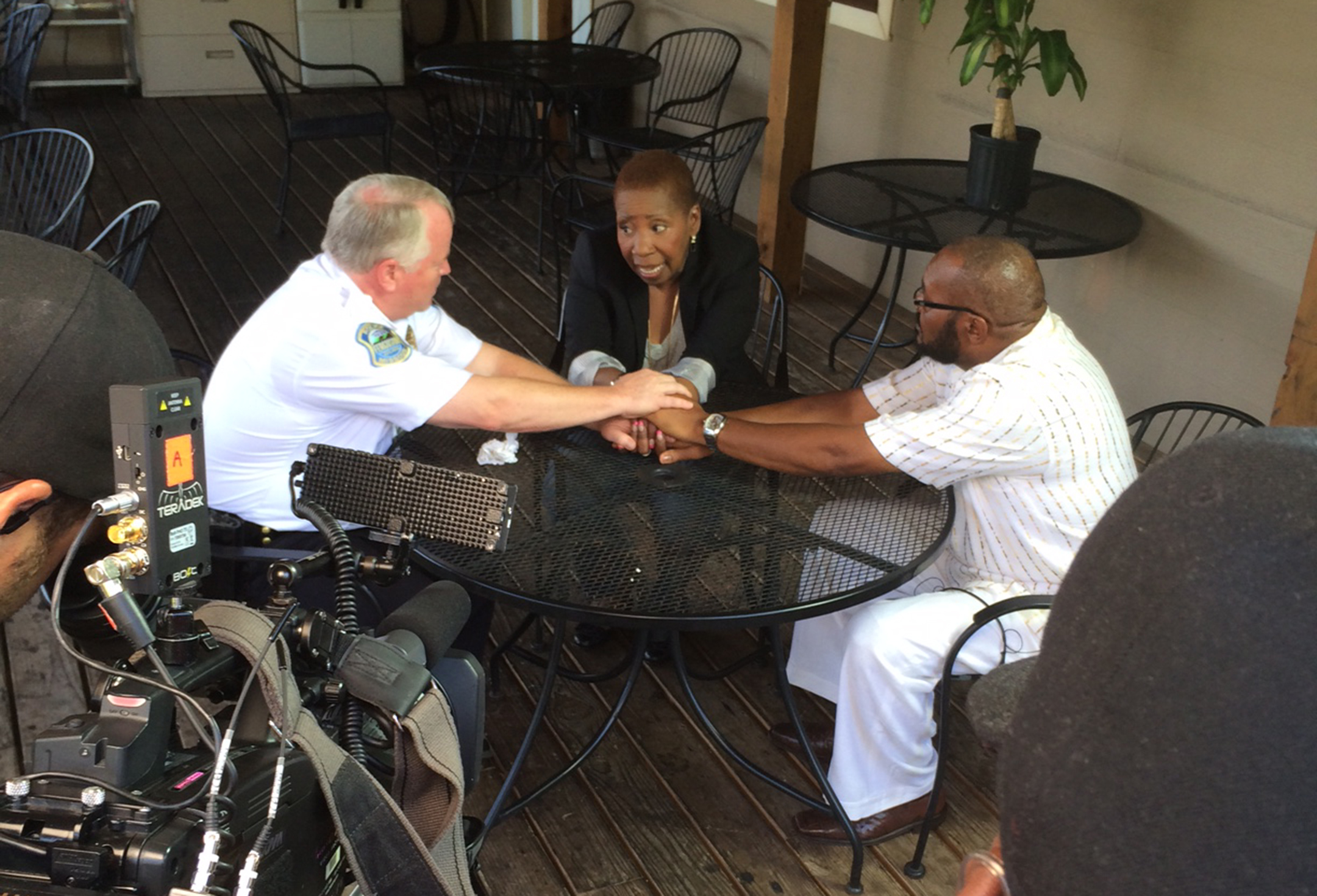 On Tuesday, Â Aug. 26, OWN will air “Iyanla: Fix My Life — Special Report: Healing in Fergusonâ€ (9 p.m. ET/PT). The special episode is part of of the award-winning series that follows ordained minister and spiritual life coach Iyanla Vanzant’s trip to Ferguson, Missouri, as she embeds herself in the local community.

In the show, Vanzant visits the protest area and memorial, spending hours reaching out to individuals affected by the tragic event to hear their stories and empowering them with ways to move past their anger. In addition, she brings face-to-face Ferguson police chief Thomas Jackson and Michael Brown’s uncle, pastor Charles Ewing, and together they discuss the need for peace in order to give the system time to work.

From there, Vanzant hosts a community discussion with leaders and citizens; sits down in a church minutes from the shooting site with a group of young men, many of whom profess to be gang members; and makes her way at 1 a.m. with community leader and “Welcome to Sweetie Pie’sâ€ Tim Norman past National Guard checkpoints and police, to join a peaceful protest.

She works to empower citizens by helping them formulate a plan for peace and healing in the wake of the shooting death of Brown.

“Iyanla: Fix My Life,” season three series premiere is Saturday, Sept. 6 at 9 p.m. ET/PT. Vanzant goes behind closed doors to help people whose relationships and lives have broken down. The series is produced by Harpo Studios and executive produced by Jill Van Lokeren, Jon Sinclair, and Vanzant.