This Week on Our World: Actor Anthony Anderson - Black Enterprise 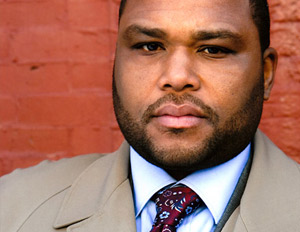 This week on Our World with Black Enterprise, host Marc Lamont Hill sits down with actor Anthony Anderson on location at the Black Enterprise Golf & Tennis Challenge in Carlsbad, Calif. Hill interviews Anderson on his future in television after his stint as a member of the cast on the landmark Law & Order franchise. Anderson, an accomplished actor and gifted comedian, also shares how he escaped being typecast as “the fat funny guy” by targeting dramaticÂ  roles on such shows as Law & Order and The Shield.

Anderson also talks with Hill about his growing body of work as a producer, driven in part by his belief that Black actors must be willing to develop the business acumen necessary to build and sustain their careers. “I always tell actors that it’s about intellectual property, it’s about ownership, it’s about creating your own opportunities, because that’s where the real power is,” says Anderson. “Let’s forget about fame, let’s forget about money and talk about power.”

Anderson joined the cast of the long-running NBC crime drama television series, Law & Order in 2008. He previously starred in two other crime series, Fox’s K-Ville and Fox’s cable channel FX’s The Shield. He was also the central character in the series All About the Andersons, which lasted for one season on The WB. Among Anderson’s more prominent feature films are Kangaroo Jack, My Baby’s Daddy, Hustle & Flow, and Agent Cody Banks 2: Destination London. As an alumnus of the Hollywood High School Performing Arts Magnet’s Class of 1988 and Howard University, the Compton, Calif. native has trained with actors including Avery Brooks, Ruby Dee and Ossie Davis.

Also, in this week’s On The Record segment, Hill talks about the popularity of reality television with Associated Press Global Entertainment Editor Alicia Quarles, Tom Joyner Morning Show Entertainment Reporter Jawn Murray and Kelly Smith Beaty, a former candidate on the most recent installment of NBC’s The Apprentice.

8 Trailblazing Women Then and Now