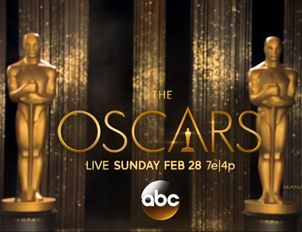 Over the last few days, more and more public figures and celebrities have publicly agreed that the Oscars are indeed ‘so white.’ Jada Pinkett Smith and Spike Lee were among the first black actors to publicly express their displeasure at the lack of diversity among the nominees and share their decision to not attend this year’s event. Rev. Al Sharpton, political commentator and founder and president of National Action Network, expressed similar views when he remarked, “Hollywood is like the Rocky Mountains, the higher up you get the whiter it gets. And this year’s Academy Awards will be yet another Rocky Mountain Oscars. Yet again, deserving black actors and directors were ignored by the Academy – which reinforces the fact that there are few if any blacks with real power in Hollywood.”

Recently, George Clooney, a prominent white actor, remarked that the Oscars seem to be getting whiter as the years progress. “If you think back 10 years ago, the Academy was doing a better job,” he told Variety.com. “We need to get better at this. We used to be better at it.”

This year’s nominees were announced on January 14 and #OscarsSoWhite began trending immediately. The hashtag was created by April Reign, the managing editor of broadwayblack.comÂ after last year’s Oscar nominees were announced. Reign says she was disappointed but not surprised at the lack of nominee diversity once again. “It’s unfortunate. Although Academy president Cheryl Boone Isaacs has attempted to make some changes with respect to diversity by inviting over 300 new members into the Academy last year, those changes did not reflect a difference with respect to how films are nominated and how people are celebrated for their achievements.â€

Reign went on to say that “this is not a question of tokenism. #OscarsSoWhite is not about having a person of color nominated in every category. It’s about ensuring that quality work is being made that reflects all of American society, and then letting the chips fall where they may and nominating the best performances.â€

Cheryl Boone Isaacs, who is African American, was first elected president of the Academy of Motion Picture Arts and Sciences in July 2013 and was re-elected president in August 2014. She released a statement earlier this week saying she was “both heartbroken and frustrated about the lack of inclusion.”

“In the coming days and weeks we will conduct a review of our membership recruitment in order to bring about much-needed diversity in our 2016 class and beyond,” Isaacs said. “We have implemented changes to diversify our membership in the last four years. But the change is not coming as fast as we would like. We need to do more, and better and more quickly.”

African American comedian Chris Rock is scheduled to host the 2016 Oscars on February 28, 2016. Outside of Tweeting earlier this week that it was “The White #BET Awards,â€ Rock hasn’t said much publicly. Pinkett Smith and Lee openly supported Rock’s hosting of the event; however, actor Tyrese and rapper Curtis “50 Cent” Jackson recently called for Rock to join the boycott and not host the event.Â  Jackson Instagrammed: “Chris please do not do the Oscars awards. You mean a lot man, don’t do it. Please.â€

Jeff Friday, founder and president of American Black Film Festival (ABFF), shared his thoughts about the lack of diversity in Hollywood as a whole in a Facebook chat.

What are your thoughts? Do you think Rock should refuse to host the Oscars? Black Enterprise will continue to cover developments around #OscarsSoWhite between now and February 28, when the event airs.