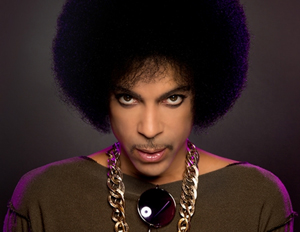 In memory of the iconic artist born Prince Rogers Nelson, the Oprah Winfrey Network presented a special re-airing with one of the music legend’s rare television interviews from The Oprah Winfrey ShowÂ in 1996. In what was the first interview following his iconic name change, Oprah chats with the artist about his musical genius, lifestyle, soul mate and future in music. Oprah visits Prince’s personal recording studio at Paisley Park in Minneapolis, where Prince played a few bars of “Purple Rain” for her on his purple piano. The 57-year-old singer passed away at his Paisley Park Studios estate.

Prince wrote his first song at age 7 and formed his first band while still a teenager, securing his first recording contract with Warner Bros. at age 18. He was known for his sultry, innovative style of playing instruments, from guitar to piano, and his infamous 1993 boycott of his record label, once donning the word “slaveâ€ across his face in fighting Warner Bros. for artistic and financial control of his music. He even changed his name to 0(+ > or The Artist Formerly Known as Prince in the standoff. It was a landmark statement and set the tone for other artists to adjust and negotiate their contracts, following the musical genius’ $100-million-dollar recording deal with WB at the time.

His 1984 film, Purple Rain, brought in $80 million at the box office and has become a cult classic. Its soundtrack of the same name garnered the film an Oscar for Best Original Song Score. In addition to his estate, reportedly valued at around $800 million, the singer left behind a music catalog that is reportedly worth an estimated $500 million because Prince owned all the master recordings of his work.

Prince, who also was known for his imaginative, flamboyant fashion sense and countless chart-topping singles–including “When Doves Cry,” “Kiss” and “Purple Rain”–addressed the public’s perception of him as “weird” and “strangeâ€ in the intimate interview he did with Oprah in 1996.

Here are some takeaways from the historic conversation:

Don’t Be Taken In By Marketers’ Retirement Pitches