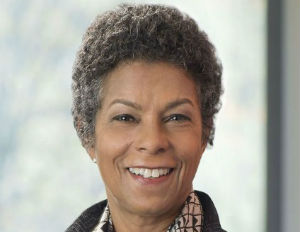 As one of the country’s largest philanthropies, the Robert Wood Johnson Foundation has focused a lot of energy and resources toward the message that health is influenced by every aspect of our lives–our communities, personal behavior, education, and employment. It follows that supporting programs aimed at giving everyone a fair chance to live as healthy as possible is a big part of what we do.

That is why in 2013 we helped found the Executives’ Alliance for Boys and Men of Color, which works to erase systemic barriers facing our nation’s men and boys of color. And it’s why we enthusiastically joined the Alliance’s campaign to make sure formerly incarcerated men and women get a fair shot at finding work. Like the Department of Justice, which designated April 24—30 as National Reentry Week, we believe that helping people successfully reintegrate into their communities is good for society as a whole. We also know how important a job is to reaching and maintaining good health. People with criminal records should have a fair chance at getting one.

One of the easiest and most cost-efficient ways to help this group find employment is to get rid of the box on job applications that asks about criminal history. We back this initiative wholeheartedly. So, imagine our surprise when we checked our own Robert Wood Johnson Foundation (RWJF) application forms. There it was, right on Page 1: “During the last 10 years, have you ever been convicted of, or pled guilty to, a crime other than a minor traffic offense?

Job discrimination against people with criminal histories contributes to poverty, recidivism, and poor health, especially for black men, who make up 37% of the federal prison population. In fact, nearly half of people with criminal records report no annual income even several years after their release. That makes it hard to afford healthy foods, safe housing, and high-quality medical care.

Two programs funded by RWJF address this issue directly. The EMS Corps in Alameda County, California, helps train high-risk young men, many of them youths of color with criminal histories, as emergency medical technicians. Their new skills put them on the path to better job prospects and healthier lives. And the St. Vincent de Paul Society of Lane County, Oregon, created 450 local jobs with a business that reclaims and recycles discarded materials. A significant number of its workers have criminal records, and through this program, they are now earning a living, contributing to their community, and enjoying health insurance.

How could it be that even as we funded fair-chance programs like these, our own hiring policy created barriers for the very same population?

Today, RWJF “bans the box,â€ along with more than 40 other philanthropies that took up the Alliance’s challenge. It is a small step toward fixing a big problem: Over 70 million people in the United States have arrest or conviction records that can show up in background checks. A multi-state survey found that having to disclose those records at the outset, before even being considered for a job, presents a serious barrier to employment.

Employers have much to gain by banning the box: Researchers foundÂ that in 2008 alone, barriers to employment kept more than 1.5 million workers with criminal records out of the U.S. labor market and cost the nation $57 billion in productivity. A fair shot for everyone means more people earning incomes, paying taxes, contributing to the economy, and leading productive, healthier lives.

Twenty-one states and over 100 cities and counties have taken steps to removeÂ barriers to employment for qualified workers with criminal records, as have large employers like Starbucks, Facebook, and Target. The U.S. Equal Employment Opportunity Commission recommends that employers consider individuals case by case instead of using across-the-board exclusions. President Obama is moving toward banning the box in the federal government’s hiring practices.

Now, our nation’s philanthropies are rising to the challenge. But we can do more. Shouldn’t all employers ban the box in order to help build a Culture of Health that provides a fair chance at prosperity and well-being for everyone?

About RWJF:
For more than 40 years the Robert Wood Johnson Foundation has worked to improve health and health care. We are working with others to build a national Culture of Health enabling everyone in America to live longer, healthier lives. For more information, visit www.rwjf.org. Follow the Foundation on Twitter at www.rwjf.org/twitter or on Facebook at www.rwjf.org/facebook.

Entrepreneurs Summit Offers Next Steps for Your Business