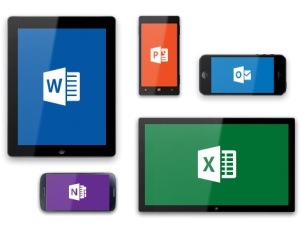 Office isn't just for Windows devices. Starting at $6.99 per month, you can get it on almost any device.

In March, Microsoft announced it would be bringing a cheaper version of its Office 365 Home subscription.

On Tuesday, it finally delivered, with Microsoft Office 365 Personal, a subscription geared toward those who don’t need Office on five computers.

The subscription starts at $6.99 per month (or $69.99 per year) and lets you install office on one PC or Mac, and one tablet, including the iPad.

Office 365 Personal is going after a market different from its Home subscription, and more widespread: the single user. “By offering Office 365 Personal, in addition to Office 365 Home, we are better positioned to deliver the right Office to a broader range of households—whether it’s an individual or a family of five,” the company said on its blog.

The switch from an Office that cost upwards of $100 to a version that uses a less expensive subscription model is thanks to newly-appointed CEO Satya Nadella.

In his first public event, the CEO discussed the future of the company and software like Office, a future that lay in the cloud as well as mobile devices. “We’re not bound in fact to one device, one place and one time,â€ Nadella said.

Office’s recent release on the iPad makes it available on the best-selling tablet to date, and opens up the company to a potential flood of new users who have ben using either Apple-provided software like Pages and Keynote, or third-party apps like DataViz’s Documents To Go.

The inclusion of 20GB of cloud storage with every subscription makes all your documents accessible from any device from anywhere, a sentiment Nadella expressed in his press conference. “We’re not bound in fact to one device, one place and one time.”

Here’s a breakdown of the Office 365 subscriptions available. You can purchase them from Microsoft here.