Creative Ways For Marketing Your Business 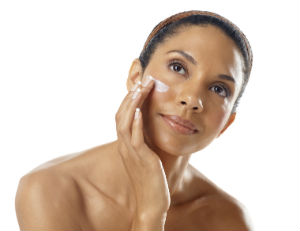 KFC successfully executed a marketing stunt by advertising an extra crispy fried chicken scented sunscreen and announcing that it was sold out in three hours.

The campaign reportedly generated more than 11,000 social media mentions and 100 news articles within a day. Sites covering the stunt included Huffington Post and People. Â The U.K. media jumped in too, with everyone from BBC NewsÂ to nationals like The Telegraph.

The KFC Extra Crispy Sunscreen is an example of stunt marketing at its best. When executed in the right way, a publicity stunt can be a quick way to get more eyeballs on your brand.

Similarly, a now famous dress that was in question last year quickly became an Internet phenomenon, after an image of it was posted on Tumblr. Thanks to a trick of the eye, some people saw a white and gold dress, while others saw it as black and blue.Â BuzzFeed then took this debate to the public, posting a simple poll that asked readers to decide whether they saw #TheDress as black and blue or white and gold. According to BuzzFeed, this became a top post, with more than 37 million views. Additionally, #Dressgate became a top trending topic on Twitter in the U.S. and U.K., and was featured on other popular websites likeÂ Mashable, Gawker, and CNN.

According to a blog from ICS-digital, a global digital marketing agency, Â the British clothing retailer that originally carried the dress, Roman Originals, went from being almost unheard of to achieving overnight success, due to the international recognition from the viral debate over the dress’ true colors. The company even released a press statement assuring people that #TheDress was, in fact, black and blue. What’s more, Roman Originals later announced it had also created a white and gold version.

Whether it is a social media campaign or a live event, try staging a publicity stunt to bring more attention to your business. You can even consider working with marketing students at a local college or university to help you out. Send out press announcements or invite local reporters to maximize your coverage of the event.

Here are four other creative marketing strategies that can help enhance the visibility of your brand, courtesy of Â the members of the Business Collective,Â a virtual mentorship program launched in partnership with Citi and the Young Entrepreneur Council (YEC):

“At SXSW this year, GroupMe had a food stand where they were giving out free food to people who downloaded the app. It was creative and met the need of the hungry people,” said Lauren Perkins of Perks Consulting.

“Hire someone to create an informative and entertaining video about your company, and have it shared through the social networks. You can involve bloggers or online celebrities who have ties to your niche or industry to build in some fun buzz. Think Old Spice, but with a lower budget and more of a grassroots feel,” saidÂ Nathalie Lussier of Nathalie Lussier Media.

Nancy T. Nguyen, President and CEO of YMH Inc., offered this interesting market strategy suggestion, “There are many chamber, club, and community breakfast meetings you can ‘sponsor’ by offering to provide the food in exchange for pitching your company. You can also attach your card to a unique gift for the attendees. For example, we attach our business cards to tea bags to promote Sweet T Salon, and people usually visit our website and store.â€

“Using a tool like OneKontest or Tweet My Contest is fairly simple. A prize can be anything from a $20 Amazon gift card to an iPad. Contests can help you gain followers and drive traffic to your website or blog, all while getting people to interact with your brand in one way or another,” suggested Heather Huhman of Come Recommended.

What Your Child Needs to Know Before Starting Kindergarten