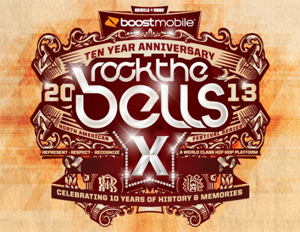 The 2013 Rock the Bells festival is about to get a tech tune-up for its 10-year anniversary.

Holograms of Ol Dirty Bastard, widely known as ODB, and Eazy-E will take the stage alongside artists like Rakim, Tyler, the Creator, Black Hippy, E-40 and Too $hort and Kid Cudi, among other performers, according to AllHipHop.com.

ODB, the former Wu-Tang Clan member, will perform virtually with his group mates, while N.W.A.’s Eazy-E will rock the stage alongside Bone Thugs-In-Harmony. Â Their holograms were reportedly approved by Eazy’s widow Tomica Wright and ODB’s mother, Cherry Jones.

13 States Where Students Are Drowning in Student Loan Debt