Oberlin College Chooses African American Visionary as Its Next President

Although a recent study reveals that the diversification of college presidents is moving at a slow pace, Oberlin College in Oberlin, Ohio, shows how it marches to the beat of a different drummer. The college recently announced that Carmen Twillie Ambar, an African American woman, will be its 15th president.

“Oberlin is a singular institution in American higher education, with an historic commitment to social justice, academic and musical excellence, and the liberal arts,” Ambar says in the announcement on the Oberlin website. “I look forward to my work with Oberlin’s faculty, staff, students, board, and alumni to think creatively and collaboratively together. I am humbled to be joining this institution and excited about the opportunity to lead it into its next era.”

Ambar, currently president of Cedar Crest College in Allentown, Pennsylvania, will be going to Oberlin after successfully leading Cedar Crest for nine years. The school has had three consecutive years of budget surpluses and a 35% growth in net assets. Its endowment has increased by nearly 92%. Enrollment has increased in six of the last seven years.

Access and retention are described as priorities for the new president. At Cedar Crest, she led the following initiatives with those priorities in mind:

Additionally, the school’s student body diversity increased from 16% to 37%, “with the highest increases in Hispanic and African American populations,” according to the announcement.

Prior to her years at Cedar Crest, Ambar was a vice president and dean of Douglass College at Rutgers University; she was also assistant dean of graduate education at the Woodrow Wilson School of Public and International Affairs at Princeton University.

Ambar earned a Juris Doctor from Columbia Law School, a master’s in public affairs from Princeton, and a bachelor’s in foreign service from Georgetown University.

Lillie Edwards, chair of the Presidential Search Committee, is quoted as saying, “I look forward to seeing the ways in which Oberlin and President Ambar will inspire each other. She is passionate about the ways music and the liberal arts are powerfully transformative. She is visionary in thinking about how we can carry our mission into the 21st century. She is compassionate about who has access to this transformation. These principles are not only professional—for her they are also movingly personal. They reveal how much learning and labor are already in her DNA.”

To read the complete announcement visit the Oberlin website.

Every Business Needs a Mobile App—Including Yours; Here's How to Make One 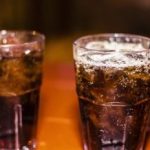