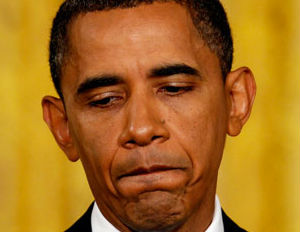 This has not been a good week for the Obama White House.

Intense focus on the Benghazi attacks, the revelations that I.R.S. officials targeted the tea party groups for extra scrutiny, and the seizure of AP journalists’ phone records by the Justice Department have marred President Obama’s 2nd term agenda.

The trio of “scandals” has Republicans nipping at Obama’s heels. And the president himself appears to be a bystander in the world’s most powerful office, stifled by partisanship and events that are out of his control, the New York Times reports.

On Wednesday, Obama took steps to address the controversies: He announced the resignation of the acting I.R.S. commissioner, Steven Miller, who was aware of efforts to target tea party groups seeking tax-exempt status; the White House released more than 100 emails, detailing the administration’s response to attacks; and administration officials asked the Senate to revive legislation that would shield journalists fromÂ subpoenaÂ of their notes and records.

Time will tell if those actions will help the White House get back to issues like immigration reform and job creation.