Chin up, Black America, not all the news surrounding HIV/AIDS in the African American community is bad. So says Phill Wilson, founder and CEO of the Black AIDS Institute, the nation’s first and only think tank devoted to the eradication of HIV among Black populations.

Wilson, who sits on President Obama‘s Advisory Council on AIDS and has been fighting for people of color to get their share of the financial pie via the administration’s first National AIDS Strategy, says a good chunk of the news concerning Black folks and the disease is actually good–an encouraging sign on World AIDS Day.

“For one thing, Black people are more mobilized than ever before,” says the 54-year-old activist, who has been HIV positive since 1985. “Five years ago not one major Black institution had an AIDS plan. Today, many, if not most, of the largest Black institutions–organizations like the NAACP, the National Urban League, the National Council of Negro Women and 100 Black Men of America–do. Plus, 14 of them have a national director of HIV/AIDS, whose sole responsibility it is to work on stopping the spread of this disease.â€

There are also several recent scientific findings that show significant promise. “A few months ago there was a study released on the development of a new vaginal gel made up of microbicides that could eventually stop the spread of HIV,â€ says Wilson. “Another study–released last month–showed the efficacy of pre-exposure prophylaxis, otherwise known as Prep, where people could potentially take a daily pill to keep themselves from becoming infected. And, this past summer scientists identified three new antibodies that could lead to the development of a vaccine.â€

While the aforementioned medical developments are promising, there’s still a need for concern regarding the spread of the disease. “New HIV infections are not going down,â€ says Wilson, whose organization launched a nationwide campaign to test one million people over the next few years. “Black people continue to get diagnosed late which means they’re sicker when they are finally treated, and the meds are not as effective. And because they’ve been infected for awhile without knowing it, in all probability they have infected other people along the way.â€

These are just a few reasons why Wilson insists the Obama Administration’s new healthcare plan is so critical for people of color. “It is more difficult for us to have access to medicine and treatment for the disease if we have no insurance,â€ he explains.

Ultimately, though, the responsibility for our wellness falls on us.

“Our HIV literacy as a group continues to be very low,â€ says Wilson. “We’re more likely to believe conspiracy theories and myths about HIV, which slows down our readiness to be tested, treated or involved in clinical trials.â€

And the lack of knowledge is literally killing us. “Black Americans represent 50 percent of the 1.2 million people living with HIV/AIDS in the United States,â€ informs Wilson. “We are 50 percent of the new cases diagnosed each year, and 50 percent of the annual AIDS-related deaths in this country. We can change this simply by educating ourselves about the disease, having safe sex, getting tested and working to erase the stigma surrounding HIV. We have no other choice.â€

See more from Wilson in the December 2010 issue of Black Enterprise magazine, on stands now. 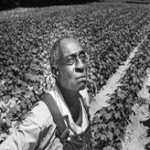 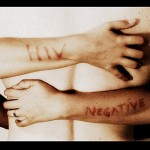 6 Misconceptions Young People Have about HIV/AIDS