When President Barack Obama signed into law the healthcare reform bill Tuesday, he sealed his legacy and accomplished a goal that had eluded every president before him since 1945, when Franklin D. Roosevelt took a first stab at trying to provide healthcare for all Americans.

But it almost didn’t happen.

At the start of 2010, following a year of harsh, partisan debate, Obama’s quest for healthcare reform was still very elusive. To make matters worse, a majority of voters were against the plan, and Obama and the Democratic leadership in Congress had lost control of the message.

So, as he did during his presidential campaign, Obama rolled up his sleeves and hit the trail to make his case to the public that healthcare reform is both a moral and an economic imperative.

His strategy worked. On Sunday, March 21, the U.S. House of Representatives took an historic step and passed a reform package with a vote of 219 to 212. Obama can now take his place beside other presidents who changed America, such as Roosevelt, who crafted the New Deal, and Lyndon Johnson, who heralded the Civil Rights Act in 1964 and Medicare in 1965.

“I think it would have been very damaging if the bill hadn’t passed, but I don’t think it will be a factor in the midterm [elections],â€ said San Francisco State University political scientist Robert Smith, who believes that by then, most Americans still won’t understand what’s in the reform package. “But the fact that he got the bill done is an accomplishment, and most Americans like winners,â€ added Smith.

Already, Republicans are pledging to win back control of Congress on the steam of the bill and to repeal it. Several states, including Texas, Florida, and Virginia, are planning to challenge the constitutionality of the bill.

Republican National Committee Chairman Michael Steele criticized the measure Sunday in his blog, saying that “the bill will cause 9 million people to lose the insurance they have now, it will increase the deficit by over a $100 billion when all the components (including the physician fee schedule change) are included, it will increase taxes by $569 billion, it will cut Medicare by $524 billion.â€

How the public will ultimately judge lawmakers remains to be seen. Now that the thorny legislative process is over, Democrats must do a credible job of persuading voters that they’ve done the right thing. They say they are confident that once voters begin to feel the immediate benefits of their plan, they will be fully on board.

Coverage will be extended to approximately 31 million people who are currently uninsured. Insurance companies will no longer be able to withhold coverage based on pre-existing conditions. Children will be allowed to remain on their parents’ plans until they are 26 years old.

“The bill is going to transform healthcare for every American positively, but especially for African Americans. In my district alone, which is a majority black district, we have over 100,000 citizens who have no health insurance whatsoever,â€ explained Rep. G.K. Butterfield (D-North Carolina). “And once this legislation is fully phased in, most, if not all of them, will have quality healthcare, the same quality healthcare that I have as a member of Congress. That is transformational.â€ 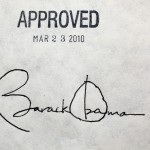