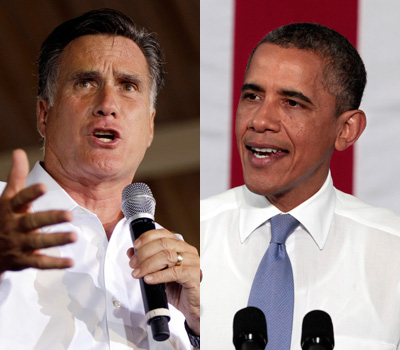 With tuition costs rising and the national student debt reaching well above $900 billion, President Barack Obama and his opponent Mitt Romney are pitching their respective blueprints to stabilizing the affordability of college in an attempt to court the youth vote.

Both presidential hopefuls present very distinct arguments. President Obama recommends increasing the per year maximum of Pell Grants, which currently serves 9 million college students. He also wants to make permanent the American Opportunity tax credit, created as part of his 2009 economic stimulus program. But as their political ideologies would suggest, Romney says the president’s federal spending on college tuition and his other initiatives have not worked. Instead, Romney and his vice presidential nominee Paul Ryan have only expressed a desire to stop “writing a blank check to universities to reward their tuition increases,” with little detail on how they plan to curb rising tuition costs.

According to a Gallup poll, voters age 18-24 prefer Obama over Romney with 56 percent to 36 percent.