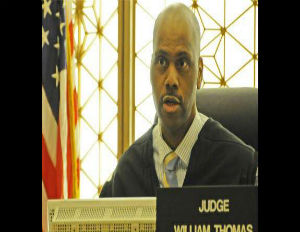 Judge William L. Thomas is now under consideration for the U.S District Court for the Southern District of Florida.

“These individuals have demonstrated the talent, expertise, and fair-mindedness Americans expect and deserve from their judicial system,â€ President Obama said in a statement. “They also represent my continued commitment to ensure that the judiciary resembles the nation it serves.â€

Judge William L. Thomas has served as a Circuit Judge in Florida’s 11th Judicial Circuit since 2005, presiding over both civil and criminal matters. Prior to that, he was an Assistant Federal Public Defender in Miami-Dade County Florida. He received his B.A. from Washington and Jefferson College in 1991 and his J.D. from Temple University School of Law in 1994.