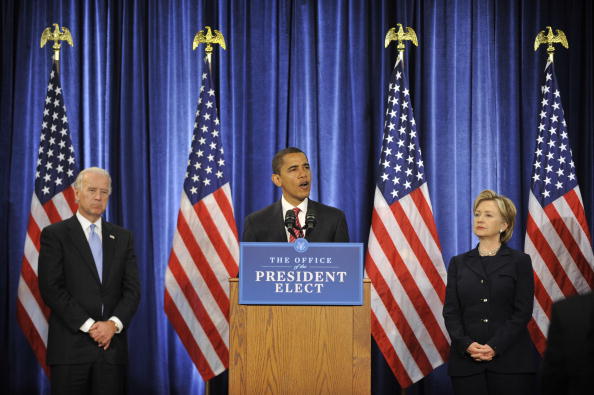 Throughout his run for the White House, Obama frequently invoked the legacy of another Illinois lawmaker, Abraham Lincoln, who famously created a team of rivals by including political adversaries in his cabinet to ensure a strong presidency. Obama has clearly decided to follow that model.

For many, Clinton is a curious choice for the nation’s top diplomat job since foreign policy was one of the issues on which Obama and Clinton most bitterly disagreed. Interestingly, Obama’s opposition to the Iraq war from the start helped him win the nomination and he often criticized Clinton for her vote in support of it. On the campaign trail, Clinton, who is considered to be much more hawkish than the president-elect, charged that he was naÃ¯ve and inexperienced on matters of foreign policy and was very critical of him for stating that he would meet with leaders of rogue nations without preconditions. She, in turn, often overstated her own experience, which sometimes backfired.

“It’s an interesting pick and says that Obama is perfectly comfortable with selecting people with whom he might have had in the past and may still have some disagreements and that it will be an open administration where policy choices will be debated,â€ says Calvin Mackenzie, a Colby College political scientist. He believes that Clinton’s personal reputation and following on the world stage will be pluses. But will the risks outweigh the benefits?

Since the news first leaked that Clinton was being considered for the job, there have been questions about whether she will be a team player or chart her own course. Obama, however, may have calculated that it’s better to have Clinton working with him at State rather than against him in the Senate. Michael Tanner, a Cato Institute fellow, says there was concern that she could have potentially become a disruptive force in the senate on issues like healthcare. “Obama is putting a major effort on that and he wants it to be his, not hers. If Clinton were in the Senate, she’d certainly try to shape [healthcare reform] in her own image and it would clearly be a legacy issue for her,â€ says Tanner.

Stephen Wayne, an American government professor at Georgetown University, believes that nominating Clinton is a wise move for other reasons. “She’s smart, articulate, knows a lot of world leaders and won’t make policy on her own. There’s going to be a triumvirate that will make foreign policy–the president, vice president and secretary of state–but she will be an articulate spokesperson for the administration and a tough negotiator for the United States.â€

There was also the “Bill Problem.â€ First, a number of terms regarding the former president’s global

Don’t Let the ‘G’ in Giving Stand for Guilt